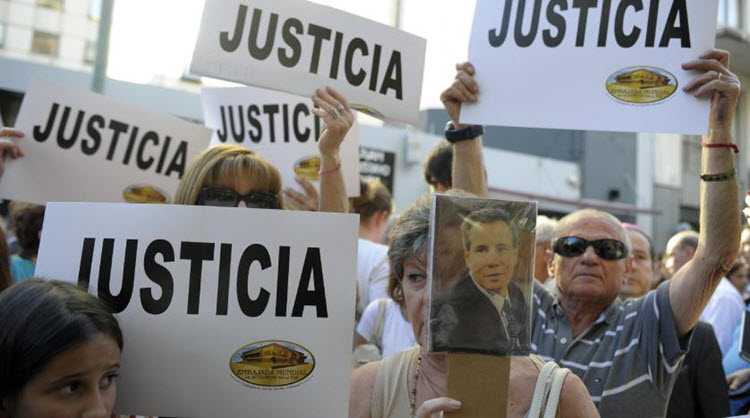 London, 8 Dec – On 18th July 1994, a bomb went off at the Argentine Israelite Mutual Association (AMIA) building in Buenos Argentina, killing 85 people and injuring hundreds more. This is the deadliest attack ever in Argentina. Since then, there have been a number of accusations about who was involved and cover-ups related to local involvement.

Argentine prosecutors Alberto Nisman and Marcelo Martínez Burgos, in October 2006, formally accused the government of Iran of being involved.

Nisman spent many years of his life investigating the incident and he had compiled an indictment of more than 500 pages showing that Iran was setting up terrorist networks all across the world.

He was able to show that many senior Iranian officials were actively involved in the 1994 attack, among others, including Iran’s cultural attaché in Argentina.

He was also able to establish a link with Cristina Fernandez de Kirchner – a former president of Argentina. She was involved in a plan that would help to exonerate Iranian suspects, illegally, for their part in the attacks. However, just hours before he was due to present the evidence he found to Congress, he was found dead at his home. He died as a result of gunshot injuries and it was classed as a suicide despite an investigator involved in the case claiming that it was murder.

Yesterday, a federal judge in the country indicted the former president for treason and a warrant for her arrest was issued. Judge Claudio Bonadio called for Kirchner’s immunity from arrest to be annulled and she could face between 10 and 25 years in prison.

Kirchner denied all charges and said that the deal she signed does not amount to treason – rather it was an “act of foreign policy that cannot be prosecuted”. She said: “The case was absolutely paralyzed because Iran does not extradite its compatriots. What we did was to act within the framework of international law.”

However, the judge said that the evidence was clear and that the deal amounted to “an orchestrated criminal plan” aimed at covering up Iran’s involvement in the attack in exchange for lucrative trade deals with the country.

He also pointed out that Iran was never designated as a terrorist state by Argentina.

Iran has been involved in a number of horrific terrorist attacks and they are carried out via proxies and militias such as Hezbollah. It is trying to expand its influence across the Middle East, but also further afield on an international level and Hezbollah is instrumental in this.

The international community needs to act urgently before Iran gains more and more control on a global scale. Thankfully Nisman persevered in his investigation and as a result of his death, the case was reopened and the criminals helping Iran and covering up its crimes can be prosecuted and held to account.

Reuters: A transport helicopter that crashed in Iraq last...