Biggest Threat to Iran’s Regime Is a Tolerant Islam 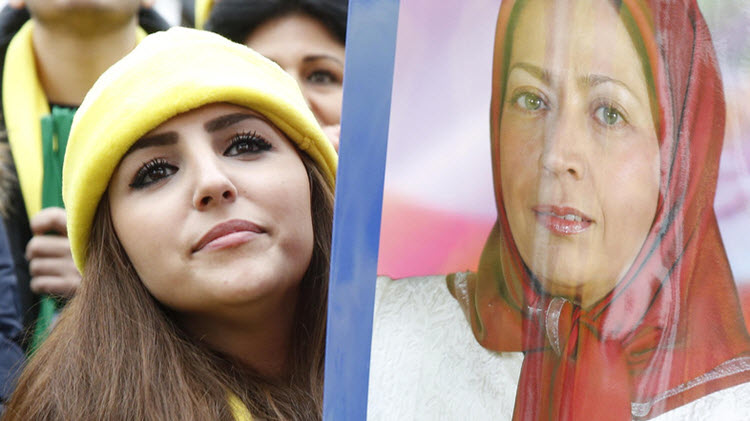 London, 9 Dec – The Iranian Regime has been facing a range of ever-increasing political and military challenges in the Middle East, particularly the US’s tougher policy on confronting Iranian belligerence and expansionism, but the biggest threat to the Regime is a challenge to its extremist interpretation of Islam, according to a leading Iranian-American political scientist.

Dr. Majid Rafizadeh, president of the International American Council, wrote an op-ed for the Huffington Post in which he laid out how ideological challenges to the Iranian Regime were destroying its chokehold on power.

Dr. Majid Rafizadeh wrote: “Since the 1979 founding of the Islamic Republic, the Iranian regime’s main weapon has been the demented interpretation of Islam, based on zero-tolerance for other religions, lack of respect of freedoms and the debasing of women. This ideology manifests itself as misogynistic laws and practices, a record number of executions, and brutal torture of its own citizens. Tehran has used this extremist ideology to suppress freedom and democracy at home and wreak havoc in neighbouring countries. This has rendered sectarian violence triggered by Iran’s Shiite surrogates in Iraq, Syria, Lebanon, and Yemen, among others, to rampant levels. In a nutshell, the Iranian regime’s extremist ideology has been its shield and armour against foreign and domestic threats. That armour, however, is increasingly showing wear and tear.”

Thankfully, the fanatical interpretation of Islam- which disrespects women and people of other religions- is on its way out. Just last week Saudi Crown Prince Mohammed bin Salman reaffirmed his promise to reverse Islamic extremism, largely orchestrated by the Regime that has led to groups like ISIS and Hezbollah.

The Regime, of course, even as written evidence of their collaboration with Al Qaeda emerges from the CIA is trying to shift the blame to Saudi Arabia because they disapprove of Prince Salman’s efforts to push back against Iranian sectarianism.

The Regime also disapproves of Prince Salman’s accurate description of Iranian Supreme Leader Ali Khamenei as “the new Hitler of the Middle East”.

Another challenge to the Iranian Regime’s fanatical version of Islam comes from the National Council of Resistance of Iran (NCRI), a coalition of Iranian opposition groups including the People’s Mojahedin Organization of Iran (PMOI/MEK).

Dr. Majid Rafizadeh wrote: “The NCRI [is] in every way an antithesis to the ruling clerics of Iran, and vies for the establishment of a secular and democratic state providing equal opportunities to all its citizens, regardless of faith, gender and ethnicity.”

The NCRI’s popularity- both inside and outside Iran- has been steadily growing. Prior to the rigged Iranian elections in May, Iranians publically posted pictures of NCRI president Maryam Rajavi and accompanied that with calls for the overthrow of the Regime, while many international politicians have voiced their support for the Resistance.

Dr. Majid Rafizadeh cited a Washington Examiner piece which read: “In the past year, Sen. John McCain, a separate U.S. Senate delegation, and several other prominent U.S. politicians have met with MEK’s leadership in Tirana, Albania, where the group’s members relocated to from Iraq in 2016, and voiced their support for MEK’s goals to establish freedom and democracy in Iran.”

This scared the Regime, who know that their rule is all but over.

Dr. Majid Rafizadeh explained: “Iran’s rulers are attempting to stem the tide of support directed toward the NCRI and MEK by spreading false news and propaganda in Iran and western countries.

An article recently published by Massoud Khodabandeh, a British-Iranian with reportedly known ties to the Islamic Republic, seeks to dissuade people outside Iran from supporting the MEK by portraying an image based on non-existent and insubstantial facts.”

Yet again, Iran, attempts to shift blame onto another party for problems that they cause but in the case of the Resistance, the Regime goes much further.

Dr. Majid Rafizadeh explained: “The Iranian regime has sought in vain to eradicate the opposition through violence according to Amnesty International and human rights groups. Since 1981, the regime executed more than 100,000 MEK members and supporters, including the 1988 mass murder of 30,000 political prisoners. It has nonetheless been unsuccessful in uprooting them.”

Thankfully, the Regime’s cruel rule is almost over and there will be no pardons for the guilty. They will be held to account for their crimes.

Iran says arrested trouble-makers will not be released

The Hill: Hassan Rouhani is a key figure within...