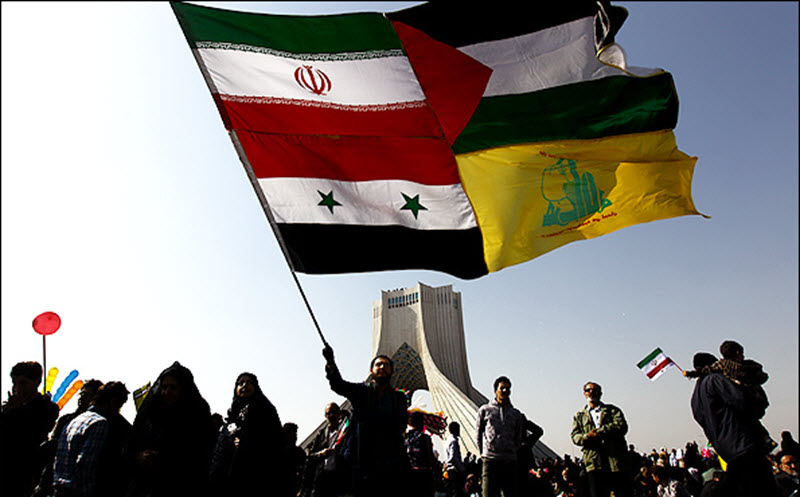 One of the Hezbollah pundits declared on television that from now on the Syrian army, Hezbollah, Yemeni army, Iraqi army, and Iranian army must all be thought of as the “resistance axis”.

Many fear that this will soon develop into a direct military confrontation between Israel and Syria, leading the Iran-led axis into a war against Iran’s three biggest enemies: Israel, the US, and Saudi Arabia.

In reality, this is the last thing the Iran and Hezbollah want. After all, they’ve been getting so far in the region, with the mere threat of mobilising its proxies. Why would it actually want to go to war?

The downing of that fighter jet caused Israel to launch a series of airstrikes against the Syrian regime, Iranian, and Hezbollah targets inside Syria. There are many other examples of Iran’s axis powers going up against the allied powers and losing heavily, so why would Iran want to do that?

Iran and Hezbollah even signalled that they didn’t want to escalate matters after this weekend’s attacks, but they desperately want to defend the military presence they have in Syria. Iran wants Bashar Assad to come out as the sole victor in the Civil War, because that means that Iran will have another proxy state, like Iraq and Lebanon.

Sam Dagher, a reporter in the Middle East and the author of a forthcoming book on the Assad regime, wrote on The Atlantic: “ With their position entrenched in Syria and their influence in Lebanon, Iraq, and Yemen secure, Iran and Hezbollah and their Shiite allies believe they have built a formidable, unified, border-spanning front. How they choose to exert their power could dictate the future for this region.”

He continued: “In Lebanon, Iran and its allies have weighed in on a dispute with Israel over oil drilling rights in the Mediterranean Sea. Hezbollah’s political wing is a cornerstone of the Lebanese government, a reality U.S. Secretary of State Rex Tillerson acknowledged in Jordan on Wednesday ahead of a trip to Lebanon, despite his boss’s hostile rhetoric toward the group and its patron Iran. More ominously, in Iraq, Qais al-Khazali, the commander of one of Iran’s top Shiite militias, threatened attacks this week on U.S. troops unless they left the country following the defeat of isis.”

AP: The mother of one of two Americans still...

Why Iran seized the British marines

TIME: The most ominous detail about Iran's seizure of...