We Need a Solution to Syria That Tackles Iran 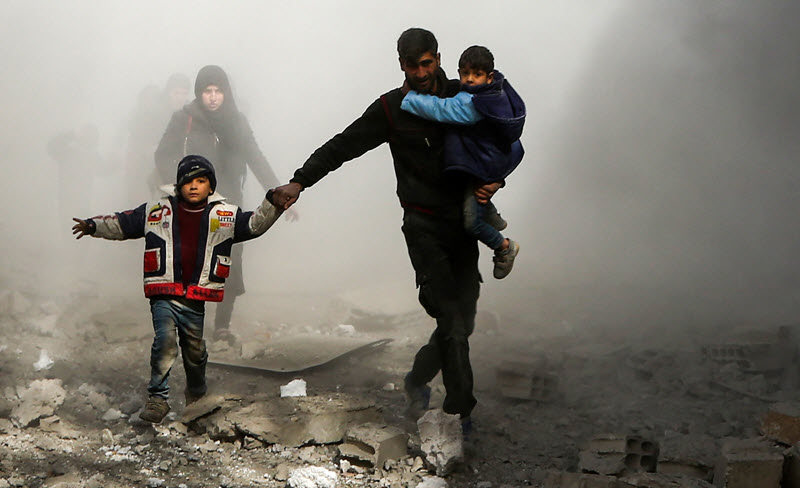 London, 15 Feb – Back in 2017, many advocated for the Syrian conflict to be solved through Russian intervention because that scenario was more appealing than a Syria controlled by Iran.

The Russian Syria plan, accepted by the US and their allies, meant that Russia would devise a plan for peace in Syria while also reducing Iranian influence there.

However, after ISIS was contained it became clear that it would be difficult to establish a Russian Syria, as highlighted by the recent Israeli-Iranian clash in Syria. Support for the Russian plan is now waning, with many failing to see how Sergei Lavrov would be able to draft a solution that would bring together all concerned parties.

The problem is that there is no solution that will suit everybody. Israel wants Iran and its allies kept away from the Jewish State’s border, while Iran doesn’t want its control over the Shiite Crescent it created in the Middle East to be infringed upon. There isn’t a middle ground here.

If the Russian plan had been easy to achieve, then many theorise that Iran would not have sent a drone in Israel, last weekend, to spark a retaliatory attack on Syria that end with an Israeli fighter jet being downed. There is also the problem of Syria itself. The Syrian Regime is very dependent on the Iranian Regime and has been for many years; Bashar Assad doesn’t necessarily want to change that.

Meanwhile, the US is watching Russia as it struggles to find a solution and comes up against many problems in an area that no doubt seemed like a victory in the making. It knows that Russia will not be able to come up with a solution that will suit all and will not be able to launch Syria’s reconstruction plan. Thus Russia’s allies will grow despondent and see Russia and its plans as a burden.

Then, the US will be able to implement its own plan, devised by soldiers and advisors on the east of the Euphrates, but what will that be?

Ghassan Charbel, the Editor-in-Chief of London-based Al Sharq al-Awsat newspaper, wrote on Al Arabiya: “An “Iranian Syria” is unacceptable and a “Russian Syria” is not easy to achieve. A “Syrian Syria” is not being considered at the moment. Putin will try to stop the clash of opposing countries over Syrian soil. The solution however does not appear within reach and the Syrian people’s suffering is likely to continue.”

AP: The first edition of a newspaper owned by...