How to Save the Middle East From Iran 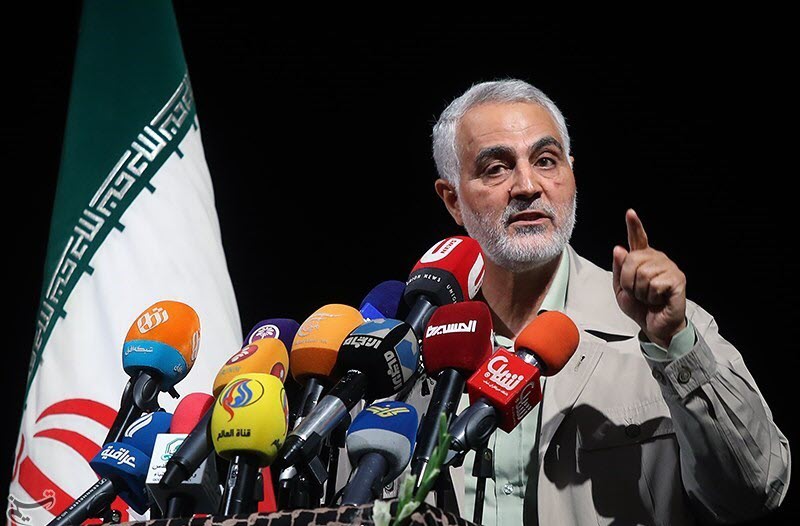 London, 27 Feb – The US and Europe know that the influence of Iran now stretches from the Persian Gulf to the Mediterranean Sea, thanks to Iran’s dominance over Iraq, Syria and Lebanon, but are they aware that of the economic, political, and security threat this poses to the West?

After all, without serious action from the West, Iran will likely build upon its power in the Middle East by infiltrating the state institutions in Iraq, Syria, and Lebanon (those it hasn’t already), meaning that any support for those institutions (like the billions promised to rebuild Iraq) will likely end up in the hands of Iran’s Shia militias.

The elimination of ISIS, which the West is committed to, will likely help Iran by allowing the Regime to take power, unless the West fills that vacuum. After all, Iran managed to spread its way through these other countries under the pretext of fighting ISIS, why wouldn’t they put their militias in place where ISIS falls?

One real fear is that Iran will transform their militias in Iraq into political parties at the upcoming election and take protégé in the Iraqi government, as they did with Hezbollah in Lebanon.

Neither the US nor Europe saw the impending danger from the Iranian nuclear deal, i.e. making the Regime seem like a reasonable player that could be trusted, and neither seems to have a comprehensive strategy to address Iran’s expansionism.

So what should be done?

Hanin Ghaddar, a Friedmann Visiting Fellow at the Washington Institute, advises that the international community stop providing aid to Lebanon, Syria and Iraq, to avoid financing the Iranian Regime.

She wrote that the Iranian proxies in those countries, as well as in Yemen, are effectively different branches of an army led by the Iranian Revolutionary Guards, and that the same plan can be used to thwart all of them.

All out war between the US and Iran is unlikely, as Congress will probably vote the plan down given lack of public support for another war in the Middle East, according to Leon Hadar at the American National Interest and retired army colonel Lawrence Wilkerson.

Therefore Sawsan Al Shaer, a Bahraini writer and journalist, concludes that it is up to the governments of the Middle East to confront Iran and its proxies by helping the governments of Iraq, Syria and Lebanon to cut their ties with Iran.

She wrote: “Relying on the Americans or Europeans only wastes time while Iran further expands in our countries.”

An Iranian judge has threatened a 29-year-old political prisoner...