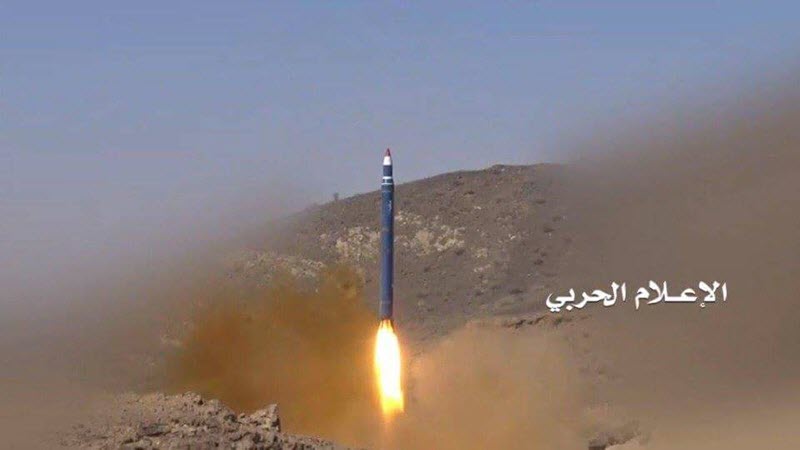 London, 18 May – Saudi Arabia and the US have accused Iran of making and supplying ballistic missiles to the Iran-backed Houthis in Yemen, which were used in attacks against the Kingdom. While the UN has agreed that at least some of the missiles fired by the Houthis in 2017 were Iranian-made, in violation of the UN resolution that enshrines the nuclear deal.

That’s why Ralph Savelsberg an associate professor of missile defence at the Netherlands Defense Academy, completed an in-depth report into the missiles for Breaking Defense.

The 2000-word report delves into the Burkan 2-H and explores its capabilities and how concerned the world should be. Here, we will summarise some of his main talking points, but we recommend reading the article for more comprehensive information.

What does this mean for Saudi Arabia?

First, it means that the Saudi-led coalition has failed to eradicate the Houthi/Iranian missile threat on the ground, despite a stellar air defence system and a four-year-long conflict. Second, it means that even civilians living as far away from the conflict as Riyadh could be a target for the Houthis.

Although the UN only began confirming attacks in November 2017, Saudi Arabia has evidence on hundreds of attacks that were stopped by their air defence systems. At least one eath has been caused by the Houthis missile attacks.
Is it a copycat missile?

Importantly, this missile doesn’t appear to be anything new. It’s just a modified version of the Iranian Qiam-1, which is based off an old Soviet missile. Similarities include the so-called triconic warhead, the location of valves and vents in the tanks, and the logo of the Iranian company.

They had to reduce the weight of the missile in order to carry 500 kg over that distance, so they removed the fins of the missile and made other minor adjustments to make the missile lighter.

Savelsberg wrote: “Of course, it is theoretically possible that the Burkan 2-H airframe was produced in Yemen rather than in Iran. However, this would be far beyond anything previously seen from Yemen’s limited industry… All in all, even without a detailed forensic investigation of the wreckage, it seems unlikely these missiles originate from anywhere other than Iran.”

Are there other missiles?

There is also evidence that some of the Houthis missiles came from North Korea, a rogue nation that has been working closely with Iran.
Should the world be worried?

Well, the answer is yes and no. While it is concerning that an Iranian-backed terror cell has access to these missiles, we can take comfort in the fact that they’ve done limited damage so far. While the Houthis can reach Saudi Arabia, which is terrible, they would have limited success striking other countries without reducing the payload significantly.

The world should be concerned about the threat from Iran as a whole and place sanctions on it.