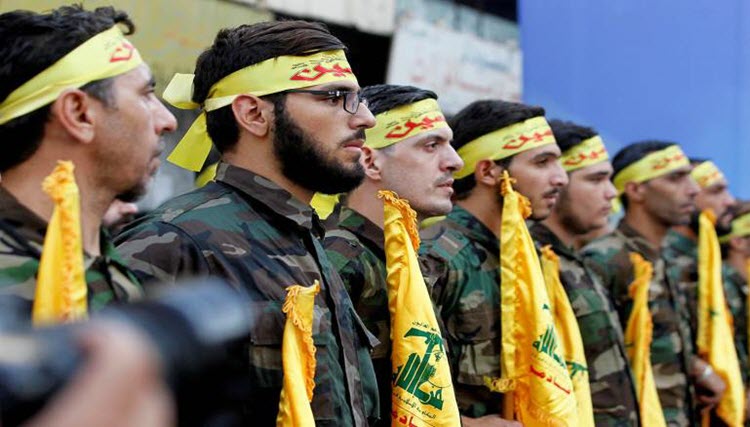 London, 18 May – Earlier this week, the US and the countries of the Gulf placed six Hezbollah leaders their terror lists, which represents an important step to tackling the problem of the Iran’s terrorist proxies.

This move draws a clear line between Lebanon and Iran-backed Hezbollah, which the terrorist cell always seems determined to blur, thereby making the Lebanese people hostages who pay the price for Hezbollah’s crimes.

Although the six people listed do not visit or have bank accounts in any of the countries that blacklisted them, this is still an important part of their confrontation policy on Iran or Iranian agents.

In the days prior to this announcement, financial institutions in the UAE that were discovered to be transferring money to Iran were stopped and the al-Bilad Islamic Bank in Iraq was blacklisted issued by the US Treasury.

The seven countries who coordinated to target the Iran-backed terrorist first came together in 2017, when the Terrorist Financing Targeting Center was launched while Donald Trump visited Saudi Arabia. Their bonds have only grown since the US made the decision to withdraw from the Iran nuclear deal earlier this month, ending three years of sanctions relief on the world’s leading state sponsor of terrorism.

Iran is pursuing an expansionist policy in the Middle East, through its many proxy militias and its incitements of sectarian violence. However, it is not necessary for other countries to join in and create more violence.

Instead, the countries that want to see peace in the Middle East should be using the weapons of economics, technology, and information in order to bring down the Regime.

Abdulrahman al-Rashed, the former General Manager of Al Arabiya News Channel, wrote: “Those who criticize what they view as the region’s countries’ failure because they think the latter must confront Iran using the same weapons of violence and war may not realize that the weapon of economy and boycotts in partnership with major countries is more beneficial.”

Indeed, it’s already working. The Iranian economy, which was already in a bad way, is now on the state of collapse thanks to US sanctions.

This money is used not to help the Iranian people, but to fund Iran’s wars in Syria ($24 billion per year) and Yemen and sponsor its terrorist groups, like Hezbollah ($700 million per year), Hamas, and the Houthis. That;s why everyone should want to cut off the flow of cash.