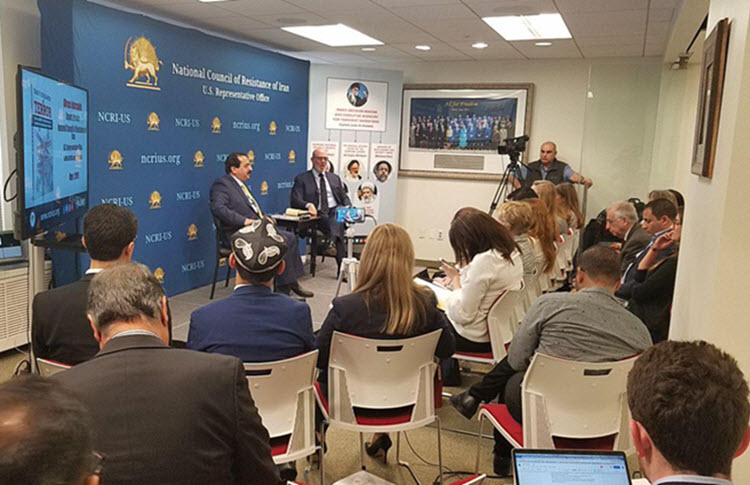 The U.S. Representative Office of the National Council of Resistance of Iran (NCRI-US) will hold a press briefing on Wednesday in Washington about the ‘inner workings’ of Iran’s terrorist and espionage machinery.

According to a press advisory, the NCRI will detail:

• The intimate partnership between Iran’s Ministry of Intelligence and Security (MOIS) and the Ministry of Foreign Affairs in plotting and conducting terror operations abroad;

• The reasons behind Iran’s decision to conduct terror activities on Western soil at such vitally critical diplomatic and political juncture;

• The decision-making process for such terror operations, the role of the Supreme Leader Ali Khamenei, the agencies involved, the coordination process, and the cover-up schemes; and

• The nexus between the MOIS and the Islamic Revolutionary Guard Corps (IRGC).

Alireza Jafarzadeh, the NCRI-US Deputy Director, will be speaking at the briefing which will be moderated by Ambassador Adam Ereli, the US State Department’s Spokesperson under the George W. Bush Administration.

Year 2018 witnessed a sharp surge in Tehran’s terror plots on the Western soil, from the United States to France and Albania. A regime “diplomat” is currently in jail in Belgium, five such “diplomats” were expelled by European nations, and several other MOIS agents, including two in the United States, are imprisoned, all for terrorism and espionage charges.

The Wednesday briefing will coincide with the release of the NCRI-US latest book, ‘Iran’s Emissaries of Terror: How mullahs’ embassies run the network of espionage and murder’.