US’s Main Focus on Iran Should Be Freeing Hostages 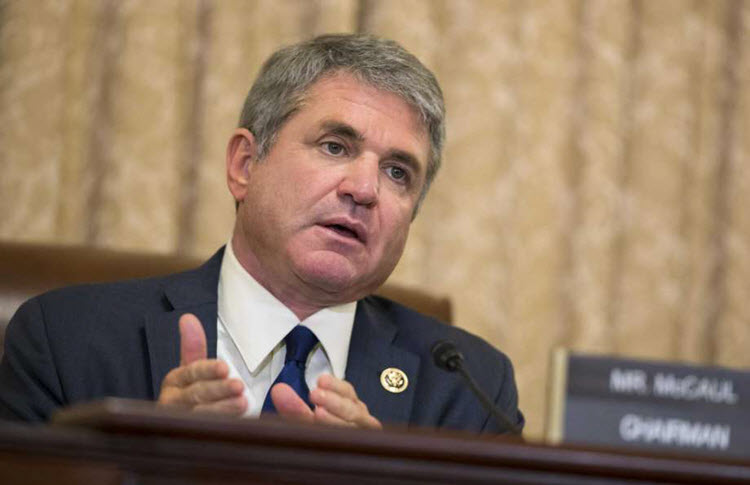 Iran’s malign behaviour dominates the news, but the authorities’ terrorist activities and nuclear proliferation overshadow what one Republican politician believes should be the major focus for the US: getting American hostages released.

Rep. Michael McCaul of Texas, the ranking Republican on the House Foreign Affairs Committee, wrote: “The United States cannot rest until every single American hostage held by Iran has been brought home safely… At this very moment, [unjustly imprisoned] Americans are spending yet another day away from their families, friends, and the safety of American soil.”

The families of these hostages recently testified before the House Foreign Affairs Committee about the physical and psychological torture their relatives are being subjected to, including long-term solitary confinement.

McCaul said that these Americans are clearly being used as pawns by the Iranian regime to put pressure on the US; something the mullahs have been doing since the U.S. Embassy in Tehran was seized in 1979. The regime sees innocent lives as a bargaining chip to manipulate its Western enemies.

It should be no surprise that the regime has a lack of respect for human life.

• Look at how it suppresses, arrests, and murders its own citizens to stay in control. (120,000 members of the Iranian opposition have been murdered by the regime in the past 40 years.)

• Look at how it arms militias and terrorist groups across the Middle East to cause death and destruction. (Iran-backed terrorist group Hamas recently fired over 600 missiles into Israel, killing four civilians, including an American.)

• Look at how it intervenes in foreign conflicts to ensure it winds up in power. (Iran killed over 600 American troops in Iraq from 2003 to 2011.)

Iran’s despotic leaders bear ultimate responsibility for these human rights violations and they must be held to account. And if Iran doesn’t free the hostages, then Congress must act.

Last year, the House passed the Iran Human Rights and Hostage-Taking Accountability Act, introduced by McCaul with bipartisan support. It would impose sanctions on the Iranian officials responsible for the politically motivated detentions of Americans.

Regrettably, the Senate didn’t pass the bill, so McCaul is fighting for it once more.

He wrote: “Congress stands in solidarity with the Americans unjustly held and demands their freedom. Indeed, Democratic members of Congress have been among the greatest advocates for these hostages. [Passing this bill] would be a powerful signal that – despite other disagreements – we are firmly united in advocating for victims of the regime’s brutality.”

The Guardian: US intelligence agencies expect the Iranian administration...