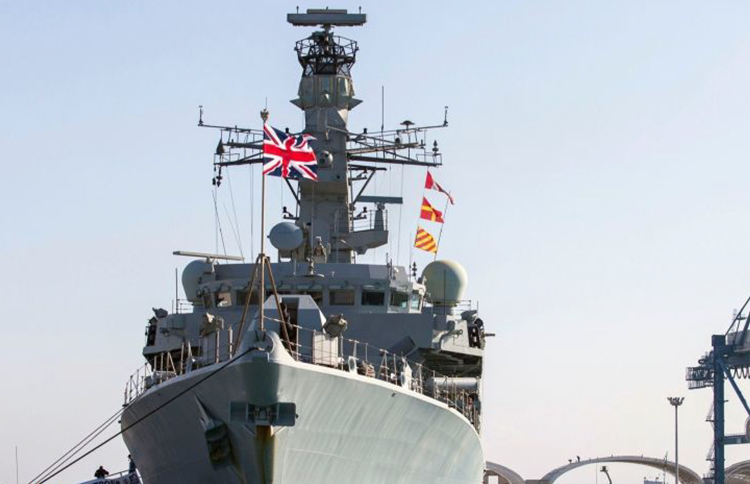 Britain has sent warship HMS Kent to the Gulf to join a United States-led maritime security mission to protect commercial shipping vessels in the region as tensions between the West and Iran continue to rise.

This comes after Iran seized a British oil tanker in the Strait of Hormuz last month, accusing it of violating maritime law. Iran likely made this move in retaliation to the July 4 seizure of an Iranian vessel off the coast of Gibraltar by British marines, who suspected it of smuggling oil to Syria.

Andy Brown, HMS Kent’s commanding officer, said: “Our focus in the Gulf remains firmly one of de-escalating the current tensions. But we are committed to upholding freedom of navigation and reassuring international shipping, which this deployment on operations aims to do.”

This deployment was first announced late last month, shortly after the UK said it would not be able to protect every commercial vessel in the Strait.

HMS Kent will relieve another British ship, HMS Duncan, which is currently working in the region.

Meanwhile, US Rear Admiral Michael Boyle, Commander of the Carrier Strike Group 12, said that his naval base in Bahrain is ready to defend US interests against Iran, saying that “readiness” is a deterrent.

While the carrier is not in the Strait, it could make the transit if needed, but Boyle prefers to remain in the northern Arabian Sea where they can strike Iran, but Iran cannot strike them.

Captain Peter Mirisola, Head of Task Force 55, said that encouraging US allies to cooperate against Iran would require more time, explaining that the US would need to disclose their military capability first.

He said: “This is a situation that requires time. Each nation’s capital has to go through the process of their own force generation and what capability they can are willing to provide to the international maritime security construct.”

This came just after Iran unveiled what it said was a locally upgraded radar system with a range of 250 miles to defend against missiles and drones. Brigadier General Alireza Sabahifard, commander of the regular army’s air defences, claimed that the original system had been out of operation for a considerable time, but did not name the country of origin.

Western military analysts say that Iran often exaggerates its weapons capabilities, so it is likely that this is another example of this. However, the US withdrew from the 2015 nuclear deal last year over concerns about its long-range ballistic missile program, among other things, and Iran did shoot down a US military surveillance drone in the Gulf in June.

AFP: Britain and the United States clung to the...