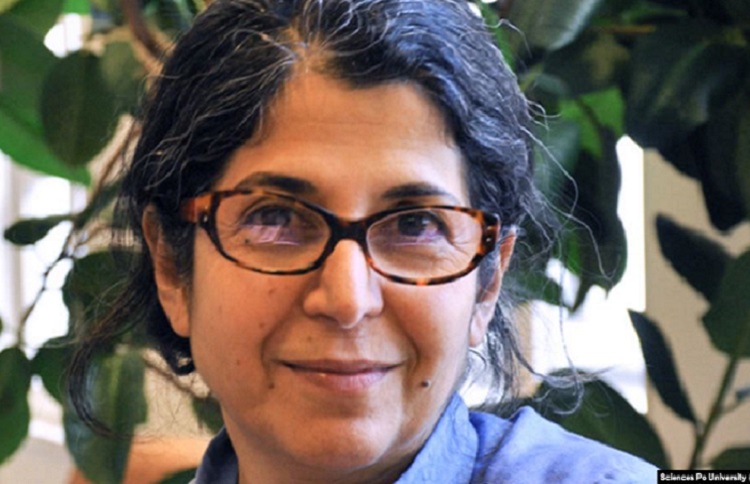 It was reported on Wednesday that the Iranian government was holding a second French academic. The disclosure adds to the international outcry over the questionable detention of Fariba Adelkhah, an anthropologist at Sciences Po University in Paris, who was arrested in Iran.

Iran frequently maintains a veil of secrecy over arrests, criminal investigations, and prosecutions. This secrecy may be enforced with particular vigor in cases that are politically sensitive or likely to generate negative public attention.

In April 2016, the Iranian-British dual national Nazanin Zaghari-Ratcliffe was arrested and accused of being “one of the leaders” of this network. But the then-37-year-old mother had been traveling with her young daughter at the time while visiting her Iranian family. No specific espionage activities were identified in order to justify the five-year sentence she later received, and the prosecution appeared to rely almost entirely on her past professional association with the British Broadcasting Corporation. This work, which ended years before her arrest, was limited to the BBC’s charitable wing, and Zaghari-Ratcliffe had never worked in a journalistic or training capacity.

Equally, questionable evidence has been instrumental in securing convictions of other foreign nationals in Iran’s Revolutionary Court. The Princeton University graduate student and American citizen Xiyue Wang, for instance, was in Iran around the same time as Zaghari-Ratcliffe because he was working on a thesis dealing with the Qajar dynasty. After receiving government approval for his research, he began digitizing public library documents dealing with the relevant period in Iranian history but was later accused of sending sensitive materials to Western governments.

In January 2018, the intelligence wing of the Islamic Revolutionary Guard Corps carried out the arrests of 10 conservationists and environmental researchers who had been working together on a project to study and protect the endangered Asiatic cheetah. The project involved setting camera traps to monitor the animal, and this was cited as evidence that the academics were actually spying on IRGC missile sites. But in fact, by studying the threats facing the Asiatic cheetah, the group evidently threatened to also expose the disastrous environmental impact of unchecked IRGC development of new missile sites.

One of the 10 persons detained in this operation was an Iranian-Canadian dual national named Kavous Seyed-Emami. He died under suspicious circumstances soon after the arrests. Iranian authorities attributed the death to suicide and declared that he had confessed guilt before taking his own life, but those same authorities prevented an independent investigation and have barred his wife from leaving the country to rejoin her sons in Canada.

Four of the remaining nine defendants were initially charged with “spreading corruption on earth,” which can carry the death penalty. Although it was recently reported that this particular charge had been dropped, the group is still facing multi-year prison sentences on the basis of their academic work.

Iran’s Foreign Minister Javad Zarif pointed to Nazanin Zaghari-Ratcliffe, for instance, as someone who might be traded for an Iranian woman who was arrested in Australia on the basis of an American warrant for sanctions violations. Last month, the woman was sentenced to time served after being extradited to the US, and then was deported back to Iran. No new developments have been reported in the Zaghari-Ratcliffe case, though her now-five-year-old daughter recently rejoined her father in the United Kingdom after living with her Iranian grandparents and regularly visiting her mother at Evin Prison.

The resulting tensions would come at a particularly crucial time, as France has tried to preserve the 2015 Iran nuclear agreement, from which the US withdrew last year. The French government’s commitment to that cause has already been strained by Iran’s decision, several months ago, to begin systematically breaking its commitments under the Joint Comprehensive Plan of Action.

On Wednesday, Tehran once again teased the “fourth step” in these violations, which it promises to undertake this month unless France, Germany, and the UK provide the regime with substantial, new economic incentives. “We will probably impose limits on inspections, which means the International Atomic Energy Agency’s surveillance on Iran’s nuclear activities will be reduced,” said Hossein Naghavi-Hosseini, the spokesperson for the Iranian parliament’s national security committee.

In Paris and throughout the European Union, existing policies toward Iran are being challenged not only by these JCPOA violations but also by Iran’s overall conduct on the national stage. Last month, missile and drone strikes damaged oil infrastructure in Saudi Arabia, briefly cutting the country’s petroleum output in half. All three European signatories to the nuclear deal ultimately accepted American intelligence indicating that Iran was responsible for the incident.

AP: The United States is ready to meet with...