In Iraq and Lebanon, Protesters Are Calling for an End to Iran’s Meddling 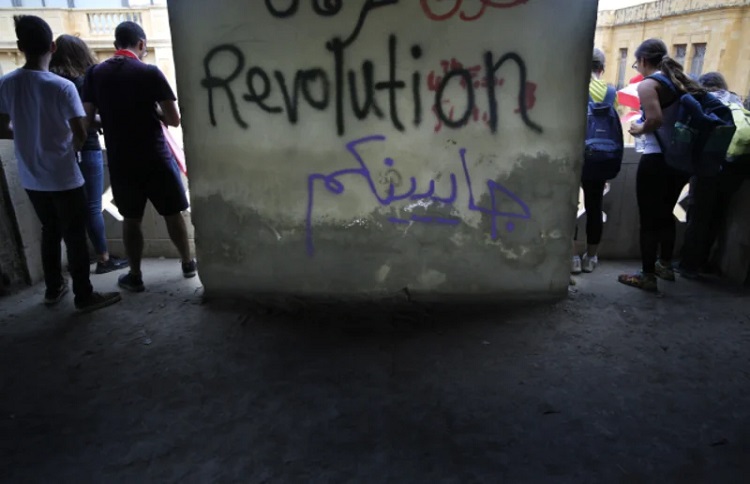 For a long time, endless and unconventional wars turned the Middle East into a battlefield between regional powers. It is unfortunate that instability and lack of peace and security have become routine for the people of this region.

Many innocent men, women, and even children wrestle with incredible threats and struggle to stay alive and save their families and relatives. However, it is significant that Tehran’s rulers have a main and fixed involvement in each conflict in this region.

Iranian officials, in fact, forcefully attempt to style the Islamic Republic and the Revolutionary Guard (IRGC) as a savior for the people of neighboring countries. According to this policy, Iran’s Ayatollahs formed several paramilitary groups and funded them at the expense of the Iranian people. Ironically, the government is doling out this “generous” contribution while a huge part of the Iran population is suffering from poverty. Many people must sell their body organs to feed their families. Iranian rulers name this policy as “exporting the revolution” and claim they would like to donate to all the nations in the Middle East from the charities of the Islamic Republic, which bring out nothing for the people of Iran except terrible economic, social, and political conditions.

In this regard, the Iranian society has been quick to reject the Ayatollahs’ policy to fund the fundamentalist entities in the Middle East and across the globe by squandering the national resources. During the nationwide protests in early 2018, we witnessed brave Iranian youth chanting the slogan: “Neither Gaza nor Lebanon, I give my life for Iran,” and “Leave Syria and think about us.”

On the other hand, it is notable that these days, fed-up people whether in Iran or in other counties, which suffer from Iran’s meddling, target the bases of the IRGC or Iran-backed parties and militias. During recent unrest in Iraq, protesters set fire to the bases of renowned Iran proxies in Iraq such as the Islamic Dawa Party [Hezb Al-Dawa], Badr Corps, Asa’ib Ahl al‑Haq, etc. Remarkably, this happened frequently in Shiite-dominant provinces southern Iraq, where Iran supposedly has sizeable clout. Iraqi demonstrators even stepped further and set torched Iran’s consulate in Basra and chanted, “Iran leave, and Baghdad must be free.”

Elsewhere, news and media obtained from Beirut, Lebanon, in recent days show that the Lebanese protesters also believe that the Islamic Republic’s meddling in their country resulted in major social and political crises. Youth demonstrate their wrath against Ayatollahs’ destructive role in Lebanon by setting fire to the base of the prominent Iran-backed party in the region Hezbollah.

In this regard, Samir Farid Geagea, head of the Lebanese Forces Party, acknowledged that Hezbollah is extremely concerned and even a considerable number of Hezbollah supporters have raised against the group. “What is happening in Lebanon is a real popular revolution,” Mr. Geagea said. 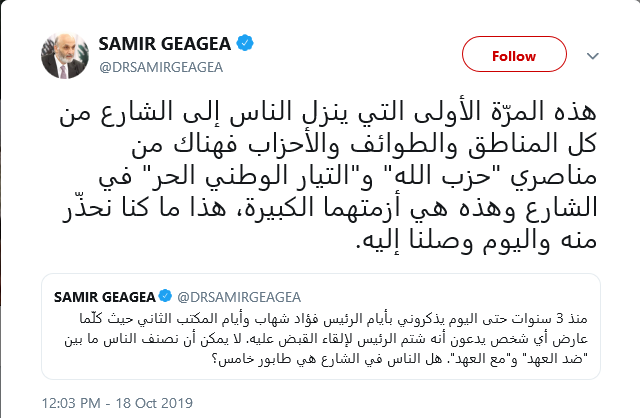 “Hezbollah’s dominance over Lebanon is the reason for the country’s current crisis… Hezbollah’s influence in Lebanon’s sovereignty is disrupting the constitution and the Taif agreement [aiming to provide a basis for ending the civil war and returning to political normalcy in Lebanon]. In an interview with Sky News, former Lebanese prime minister Fouad Siniora highlighted Hezbollah’s destructive role in Lebanon.

Where are developments going?

The reality is, as the Iranian government faces a series of crises inside the country and beyond, it is losing its authority in the region day after day. However, as history has proven, aggressive rulers are unable to change their behavior unless they have been compelled with stronger power and determination such as that of the Iranian people and their Organized Resistance, which is a nightmare for the Ayatollahs and a herald of a shining future for the Iranian people.

Reuters: Iran's talks with Russia on the start-up of...

Public execution for the teenagers convicted of rape