Los Angeles Times: Women’s-rights activists and reformist politicians are alarmed over the push by some hardliners to reintroduce a family-law bill that not only moderates but also some staunch conservatives find discriminatory against women. 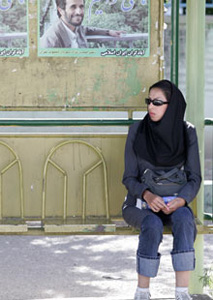 Women’s-rights activists and reformist politicians are alarmed over the push by some hardliners to reintroduce a family-law bill that not only moderates but also some staunch conservatives find discriminatory against women.

Zahra Rahnavard, the Iranian opposition politician and wife of Iranian reformist leader Mir Hossein Mousavi slammed the legislation in a recent commentary and has called for it to be evaluated by a “group of expert and progressive” people.

“Calling off the … bill from parliament’s agenda is not a feminine demand but rather is a symbol of the national demand for the prosperity of the Iranian nation and the stability of Iranian families,” she said.

Some of the articles in the so-called Family Protection Bill that are up for debate on the Iranian parliament floor this week are controversial, to say the least.

Among points in the bill that are causing friction is an article that provides men with the right to marry a second wife without consent from the first.

But Zohre Elaheiyan, a conservative female Iranian lawmaker, asserts that the legislation is not discriminatory against women and that the Western media is aiming to distort its contents.

“Regarding the custody of children and … family courts, new modifications in the law are in favor of women,” she told the Iranian Labor News Agency. The bill, she said, did not call for “polygamy as Western media insist.”

Some less controversial articles of the legislation  eportedly already have been passed by lawmakers while the more controversial ones will be discussed in parliament over the weekend.

The contested bill was first introduced in the parliament back in 2007 under President Mahmoud Ahmadinejad but was later put on hold after some of the articles sparked outrage among reformists and were frowned upon in various camps.

But conservatives recently began lobbying hard to bring the proposed legislation back onto the parliament’s agenda. Last week, Iranian media reported that the proposed law was up for renewed discussion in the parliament after three years, according to some opposition websites.

Women’s-rights activists and opponents of the legislation were said to be holding meetings on a plan of action while reformist lawmakers were lobbying hard to stop the bill from becoming law, setting the scene for a showdown between political hardliners and moderates.

Elahe Rastgoo, a moderate reformist lawmaker, told the Iranian Labor News Agency that she had rallied support against some of articles among the female members of parliament.

Another former lawmaker and outspoken feminist told Babylon & Beyond that they had done their “best in lobbying so far.”

Elaheiyan countered by issuing a stern warn against those opposing the legislation.

“Those who are against the law are counter the system and anti women’s rights,” she said.

— Ramin Mostaghim in Tehran and Alexandra Sandels in Beirut

AFP: Officials from Britain, France and Germany were in...