Reuters: The Dutch government will do everything possible to determine whether a Dutch-Iranian woman who was executed in Iran was tortured, and to return her body to her family, the foreign minister told parliament Thursday. 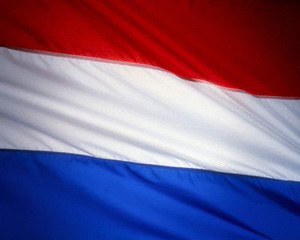 AMSTERDAM (Reuters) – The Dutch government will do everything possible to determine whether a Dutch-Iranian woman who was executed in Iran was tortured, and to return her body to her family, the foreign minister told parliament Thursday.

The Netherlands froze diplomatic contacts with Iran after Zahra Bahrami, a 45-year-old woman with dual Dutch-Iranian citizenship, was hanged Saturday for drug smuggling, a charge that her family says was fabricated after she was arrested for participating in anti-government protests in 2009.

But according to postings on Iranian Internet blogs and news websites, Bahrami died when she was tortured during interrogation by the Iranian authorities.

Dutch Foreign Minister Uri Rosenthal said Bahrami’s daughter had seen her mother two days before her death and that there was no indication at the time of abuse or torture.

“What happened between that moment and the moment of execution we do not know. We have not found that out,” Rosenthal said. “We support the family at every level in their effort to obtain the body to either bury her there or get it repatriated.”

Bahrami’s body is due to be released by the Iranian authorities Saturday at the earliest, the minister said.

Dutch lawmakers and the public have expressed outrage over the hanging, but Iran’s response is that the West should applaud its tough penalties for drug traffickers and that the Dutch government had no right to intervene.

Popular Iranian website Balatarin carried postings on Thursday that Bahrami “was not hanged but rather she was martyred under torture (rape).”

“The regime hastily announced that it had hanged her without notifying her lawyer and her family members and because of the signs of torture, it refuses to hand in her body,” it said.

Rosenthal stressed, however, that bloggers and the media admit there is no hard evidence about Bahrami’s cause of death.

He added that although Iran had told the Netherlands a day before Bahrami’s execution there was “there was still time” to save her, more could have been done. Rosenthal also admitted he had not personally contacted his Iranian counterpart.

“I don’t stand here to say everything went well … I also take lessons from these terrible events,” Rosenthal said. “Of course, in hindsight more was needed.”

The minority Liberal-Christian Democrat government relies on support in parliament from the anti-Islam Freedom Party of Geert Wilders, which had earlier accused Rosenthal of failing to take appropriate action such as expelling Iran’s ambassador.

The Dutch-based Iranian Progressive Youth group has called for the Dutch government to investigate Bahrami’s death.

“This is a reason to investigate it,” Pejman Salim, a spokesman for the youth group told Reuters.

Wall Street Journal: BP may decide to shut down...