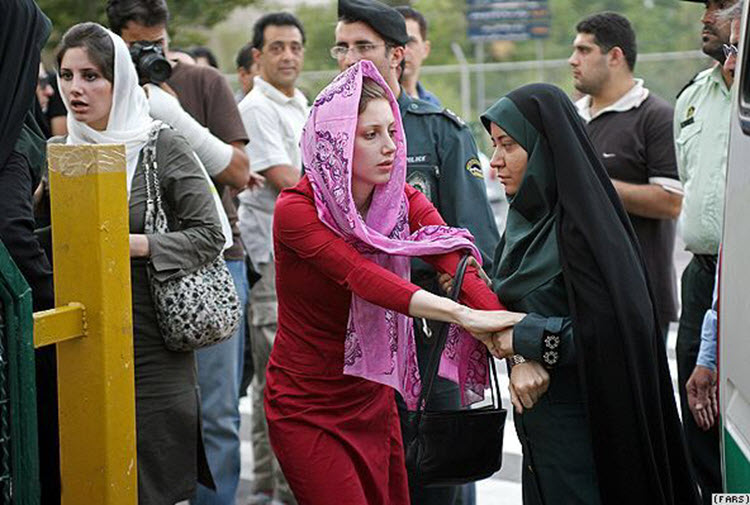 London, 26 May – The Iranian Regime claims that 10 of its provinces have crossed what they refer to as a “Hijab red line” meaning that more women there are improperly veiled according to the Regime’s modesty police.

Ahmad Sehat Ghol, a director in Iran’s Islamic Media Organization, told the semi-official Tasnim news agency, on Wednesday that this constituted an “alarm bell” for the Regime.

He continued: “If we review the charts on the situation of hijab across the country, there are 10 provinces that have crossed the red line in this regard.”

The Iranian Regime spends a lot of money trying to enforce this sexist dress code including:

• arresting women and girls for wearing ripped jeans, wearing makeup, or allowing their hairline to show under their hijab

Sadegh Amoli Larijani, Head of the Iranian Regime’s Judiciary, warned that the failing of the enforced hijab system, could lead to more women dressing immodestly.

While the Chief of the Greater Tehran Police Force, Hossein Sajedinia, admitted that the Regime’s repressive plans for tackling what he referred to as “improper hijab” have failed.

He said: “The current status of hijab does not fit our Islamic society and reviewing the hijab conditions of the past 15 years we have reached the conclusion that the situation has only gotten worse.”

Iran’s Supreme Leader Ali Khamenei advised the security chiefs not to pay attention to those who oppose the hijab and are calling for a ban on mandatory hijab wearing. He told the chiefs to continue with their duties and to continue arresting those who broke hijab.

In response to the ridiculous mandatory hijab rule, many Iranian women have taken to taking pictures of themselves without their headscarves in an act of defiance against the mullahs, a campaign called My Stealthy Freedom. They even called on foreign visitors to the country to forego wearing the hijab.

The founder, Masih Alinejad, who was originally from Iran, said: “The Islamic Republic that demands even non-Muslims visiting Iran to wear the hijab. When compulsory hijab affects all women, then all women should raise their voice.”

The Iranian Regime called her a whore for speaking up against the dress code.

Denise Hassanzade Ajiri, an Iranian journalist, tells the story of her encounter with the morality police, including a particularly striking tale about when her sister was just eight months old and the ‘Morality Police’ ordered her mother to cover up her sister because the baby was dressed immodestly.

AP: Iran is taking steps to improve its ability...

Press Association: A naval commander has told US President...