A Turning Point for Iran? 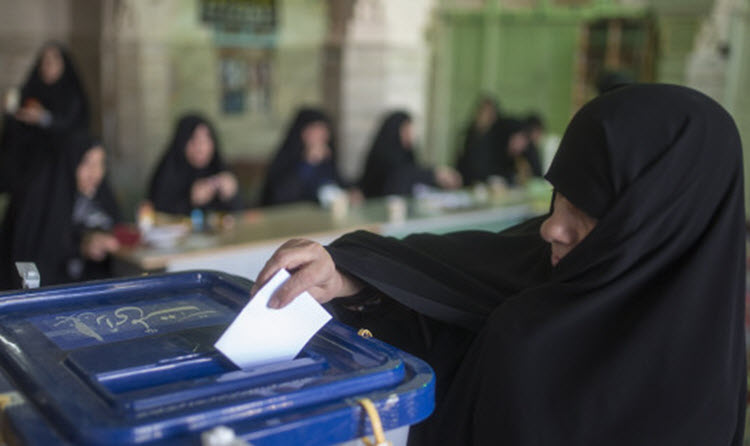 London, 26 May – There has been plenty of interaction between the ruling parties in Iran which indicate that the tides may be about to turn on the Iranian Regime.

According to the National Council of Resistance of Iran (NCRI), there are three main components that imply that the end is near for the Regime: fights between the rival factions in the Regime, confrontation from the Iranian people, and international pressure.

The candidates who were running for President were often at loggerheads and according to the NCRI, this amount of conflict has been unseen in the Iranian Regime since 1981. But why? Probably because Supreme Leader Ali Khamenei has been diagnosed with cancer and it was widely assumed that the Presidency was a stepping stone to the unrivalled (and unchecked) power that comes from being a supreme leader. Their rivalry boils down to power not politics.

The NCRI wrote: “The problem is that the main power is in the hands of Khamenei’s band and the Revolutionary Guards, and from now on the conflicts between the two sides would be unstoppable. These conflicts are going to cripple the regime more than the last four years and at even a higher level.”

The Iranian people, who mostly chose to sit out this election due to the lack of any real choice, would not have been pleased with Ebrahim Raisi, the candidate who helped send 30,000 political prisoners to their death in 1988. The Regime feared riots, similar to those following the 2009 election, if they appointed him as President and were forced to back down from their ideal decision.

However, the people hardly approve of Hassan Rouhani, who was named President, either. He has sent nearly 4,000 people to their deaths, presided over a period of increased social crackdowns, and failed to improve the economy despite the lifting of international sanctions.

Donald Trump has long made clear his views on the Iranian Regime, views which he repeated to great praise at the Arab Summit in Saudi Arabia last Sunday. He thinks that the Regime is destructive to the safety and security of the Middle East and further abroad and needs to be curtailed, something he appears willing to do.

The Regime could also face further sanctions from the US as Congress debates whether to place the Iranian Revolutionary Guards Corps (IRGC) on the list of foreign terrorist organisations (FTO).

The NCRI wrote: “It should also be pointed out that since the regime is not going to change its policies, the international community and the regional countries’ confrontation with the Iranian regime over its warmongering, terrorism, and maleficent actions in the region, which reached its highest level over the past year, is going to be even intensified, with US President and King Salman of Saudi Arabia making specific remarks in this regard. After all, repression, warmongering, and terrorism are what the regime is living on.”

AFP: Iran will mass produce replicas of the Bladerunner...

AFP: Hopes are riding high that mooted talks between...