A Woman’s Place Is in the (Iranian) Resistance 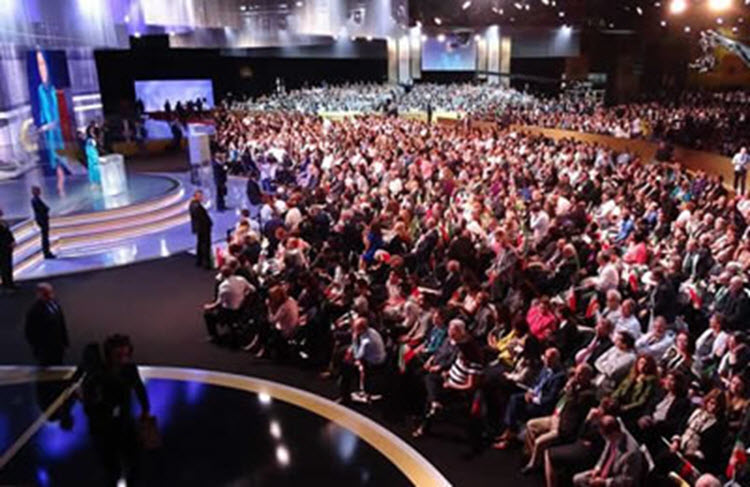 London, 5 Jul – In many movements for social change or social justice, women are there doing a lot of the grunt work and getting none of the praise.

Dr. Ranjana Kumari, Director of the Center for Social Research in India, saluted the Iranian people for their struggle against the Iranian regime and the Resistance for its commitment to gender equality at the Free Iran Rally in Paris last weekend.

She said: “The Resistance movement under the leadership of Maryam Rajavi can and must bring the change to Iran because, if a movement, despite harsh conditions imposed on it by a medieval regime, has made real achievements on the question of equality between women and men, which is one of the most difficult tasks in the history of the world… then this movement is pushing to achieve.”

She continued: “This movement has been able to bring up a generation of powerful women to undertake the most serious responsibilities particularly in the struggle against fundamentalism. This movement has also been able to make equality and parity happen without abandoning men. In fact, instead, it has created a generation of active and responsible men with open minds to accept women’s hegemony. Then, I would say that this movement is certainly prepared to launch democratic change in Iran. You are almost there.”

The Free Iran rally featured a number of prominent female speakers, including President Maryam Rajavi, who discussed the idea that regime change in Iran would not only bring freedom for the people of Iran but also peace to the Middle East and an end to Islamist terrorism around the globe.

Maryam Rajavi said, “The winds of change have started blowing in our homeland. The ruling regime is in disarray and paralysed as never before. Iranian society is simmering with discontent and the international community is finally getting closer to the reality that appeasing the ruling theocracy is misguided. The same volatile situation speaks to three fundamental truths for obtaining freedom in Iran, and peace and tranquillity in the region. First, the imperative of overthrowing the ruling religious dictatorship. Second, the regime’s overthrow is within reach. And third, a democratic alternative and an organised resistance exist, which is capable of toppling the theocracy in Iran.”

Rajavi encouraged women, young people, and other marginalised groups in Iran to join the Resistance and rise up against the Regime.

The other female speakers expressed support for the Resistance, support for Rajavi, and promised to work towards freedom for Iran.

Baroness Sandip Verma, British Parliamentary under Secretary of State for International Development and Ministerial Champion for tackling Violence against Women & Girls Overseas, said: “We want to make sure that the desires of the people of Iran for freedom and democracy are realised. We are delivering hope not only to the people of Iran but to ourselves that we can make a change.”

Linda Chavez, Chair of the Center for Equal Opportunity said: “Your movement under the leadership and the direction of Maryam Rajavi is the one that can replace the (Iranian) regime. You are the hope for the freedom of Iran.”

The speakers also expressed concern over the state of women’s rights in Iran; they suffer heavy restrictions on their employment, their dress, and their basic rights.

British MP Theresa Villier said: “I am here today to support freedom for Iran… We pay tribute to Maryam Rajavi who leads the struggle for a democratic future for Iran… It is completely unacceptable that 2000 women are arrested in Iran every day…”

Maria Candida Almeida, Deputy Attorney General of Portugal, said: “I respect and believe in your ideas and share your dream of freedom, equality, liberation and your perseverance in fighting for human rights in particular for women’s rights… After relocation of MEK to Albania, the next step is [the] victory of Mrs. Rajavi to a free Iran.”

Els Van Hoof, chair of the women’s faction in the Belgian Parliament, expressed concern over women’s rights but lauded the Iranian Resistance and the MEK for women’s leadership in the movement.

Other female speakers at the Free Iran rally included:

• Catherine Noone, a practising solicitor and Deputy Leader of Seanad Éireann, the Upper House of Ireland

Other prominent attendees included, but were not limited to:

• Concetta Giallombardo, Italian Attorney and President of the Association of Female Jurists

The gathering was attended by over 100,000 politicians, dignitaries, and human rights activists from around the world.