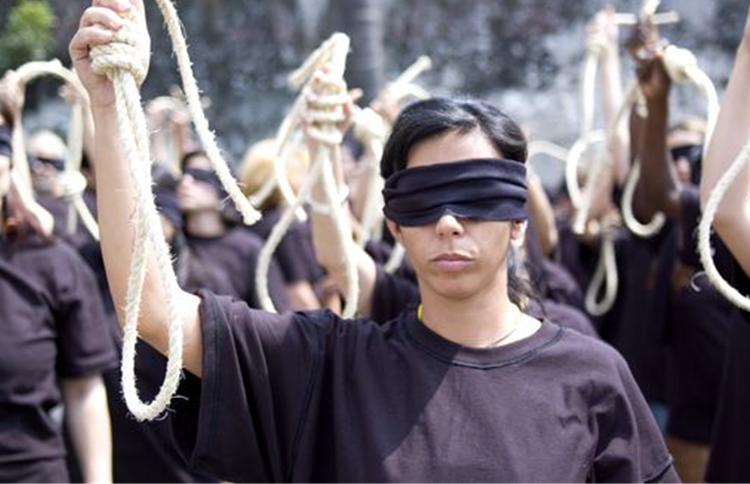 Two women were hanged at dawn on Tuesday in Iran, according to an informed source, bringing the total number of women executed under the supposed moderate President Hassan Rouhani to at least 93 since he took office in 2013.

The two women who were hanged at the Central Prison of Urmia on July 23 have been identified as Arasteh Ranjbar and Nazdar Vatankhah.

They have already spent 15 years in prison, charged with murder and complicity in murder, respectively, but on Monday morning they were transferred to solitary cells to be prepared before their executions.

According to our unnamed source, the women had previously been given a month to get the victim’s parents to agree to spare their lives but were unable to do so, thus their executions were carried out.

In recent weeks, the Iranian authorities have increased the number of executions and have executed at least four women in the past week alone. The other two are Maliheh Salehian and Zahra Safari Moghadam.

Salehian, from Miandoab, was charged with murder and hanged in the central prison of Mahabad on July 16. Moghadam, 43, was hanged in the Prison of Nowshahr, in northern Iran on July 17. It is not known what her crime was.

These executions are abhorrent, not only because of the sham justice system in Iran that most likely did not give these women fair trials but also because it violates Rule 61 of the United Nations Rules for the Treatment of Women Prisoners and Non-Custodial Measures for Women Offenders.

The rule reads: “When sentencing women offenders, courts shall have the power to consider mitigating factors such as lack of criminal history and relative non-severity and nature of the criminal conduct, in the light of women’s caretaking responsibilities and typical backgrounds.”

Of course, that is likely of little concern to the world’s biggest per-capita executioner in the world. The regime uses the death penalty less as a deterrent or punishment, but more to keep its shaky grasp on power and to silence an angry population, according to Iran watchers. At least 3,700 people have been executed in Iran under Rouhani.

The Women’s Committee of the National Council of Resistance of Iran wrote that they condemned the latest executions of women who were “victims of misogynist laws and policies of the clerical regime and their destruction of the economy”.

The Committee urged international organisations defending human rights and women’s rights to intervene and stop the death penalty in Iran.

Blair: UK committed to diplomatic solution in standoff with Iran

Reuters: Iran's intelligence minister said on Sunday he had...