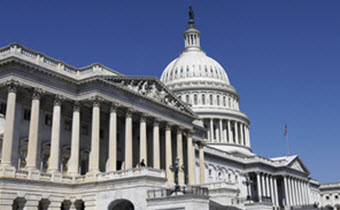 Washington, 29 Mar – Leading foreign policy voices in the United States Congress say they are preparing to fight against an Obama administration effort to provide Iran unprecedented access to US financial resources as part of an expanded package meant to address new demands from the Islamic Republic’s for greater economic concessions, according to several conversations between the Washington Free Beacon and top lawmakers.

Top foreign policy voices in Congress told the Free Beacon in recent days that they are exploring a range of responses if the Obama administration goes through with reported plans to grant Iran further concessions beyond the purview of the nuclear deal, which dismantled key nuclear-related US sanctions against Iran. At least part of this action could violate current US laws, they said.

The planned concessions could include access to the US dollar and financial markets, which the Obama administration promised would never take place under the deal, according to recent disclosures first reported by the Associated Press.

Tehran has recently heightened complaints that it is not being granted enough relief from international economic sanctions as a result of the recently implemented nuclear deal.

The Obama administration’s latest move to placate the Iranians comes on the heels of a Free Beacon report last week disclosing that US officials engaged in secret talks with Iran for years before agreeing in January to pay it nearly $2 billion in taxpayer funds.

The reports have generated harsh responses from US lawmakers, who say that the administration’s plans would endanger American economic influence and put the entire international financial system at risk from Iran’s illicit finance and money laundering activities.

It would also undermine “the Financial Action Task Force’s ongoing calls for international countermeasures to protect financial sectors from Iran’s terrorist financing”, explained Kirk, who is backing a new effort in Congress to increase sanctions on Iran as a result of its recent ballistic missile tests, which violate United Nations resolutions.

Rep. Mike Pompeo (R., Kan.), a member of the US House Permanent Select Committee on Intelligence, warned that the Obama administration’s latest move could set the stage for Iran’s Islamic Revolutionary Guards Corps (IRGC) to gain a foothold in the US economy.

“As if a windfall of over $100 billion in sanctions relief was too small, and the massive cash influx into Iran from new business deals too paltry, President Obama appears to be looking for ways to make further concessions to Iran”, said Pompeo, who also has backed new legislation to sanction Iran. “This would be comical if it wasn’t so dangerous”.

“American and international businesses can’t ignore the Islamic Revolutionary Guard Corps’ vast control of the Iranian economy and the threat Iranian banks pose to the international financial system”, Pompeo added in a statement to the Free Beacon.

“In contrast with the absurd policies of the Obama administration, I work with my colleagues in Congress to protect America’s national security interests—just as we have in response to Iran’s recent ballistic missile tests”.

Pompeo is independently investigating the Obama administration’s recent $1.7 billion payment to Iran, which he and others viewed as a “ransom payment” for Tehran’s recent release of several captured Americans.

Other longtime Iran critics in Congress also expressed concern over administration efforts to provide Iran with even more economic freedom.

“Further sanctions relief would mark the death knell for U.S. sanctions and would represent a boon to the Iranian regime and its Revolutionary Guard Corp”, Rep. Ron DeSantis, a member of the House Foreign Affairs Committee, told the Free Beacon. “The lengths to which the Obama administration is willing to go to empower Iran is breathtaking”.

Rep. Peter Roskam (R., Ill.) explained that the “administration has lost all credibility on Iran” as a result of its efforts to accommodate Iranian demands.

“President Obama and Secretary Kerry have played the pied piper so many times now”, Roskam told the Free Beacon. “Western companies have to make the determination themselves whether or not they want to make their employees and shareholders complicit in funding terrorism”.

When asked to comment on concerns in Congress, a State Department official told the Free Beacon that it is aware of lawmaker requests for more information on “additional sanctions relief”.

The official added that as long as Tehran continues to adhere to the nuclear agreement, Washington “will continue” to do the same.

Obama administration officials first guaranteed last year that Iran would not be permitted to conduct foreign transactions in dollars. This promise, however, is being reevaluated as the administration seeks to keep Iran from walking away from the nuclear deal.

Reuters: A court halted production at an oil and...