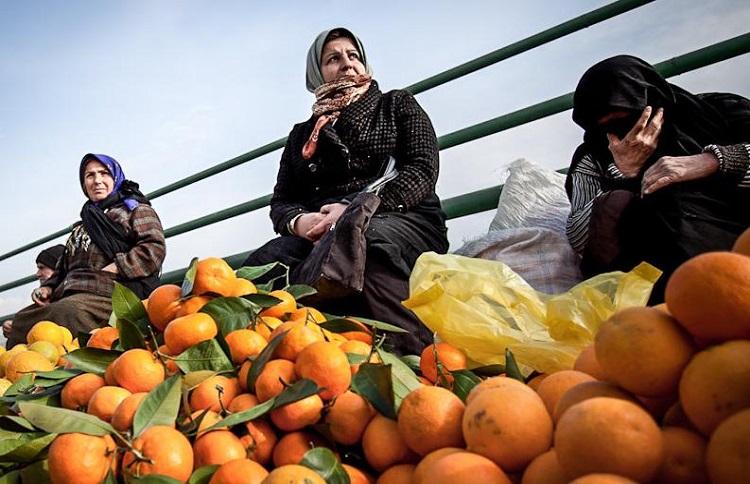 Increased street peddling by women in Iran is the result of the catastrophic economic situation and the spread of poverty, analysts say. Peddling is not an official job but the result of an ailing and bankrupt economy which is due to corruption in the Iranian government.

The Iranian government’s economic policy has led to a large part of the middle class falling into poverty. The situation is worse for women who are mainly housewives and have no income, so they are forced to go on the streets and work as peddlers.

Hard-working women who are always subject to persecution and even insults by government officials are forced to accept these things in order to earn a little something for their families.

According to state media and Iran’s officials, many of these women have had to quit their jobs because of the exploitative behaviors of government employers. They are forced to work more than 10 hours daily in extreme situations, just to obtain a monthly income of 150 million rials – an income which is about a quarter of the poverty line. But the truth is that most of them have an income much lower than this.

In addition to insulting them, municipal and subway officers confiscate and steal their belongings.

One of these women said: “There are no jobs, we are forced to peddle. Officers are hitting harder now, and retailing in the subways is became harder, but when there is no job, there is no other choice. All those who are responsible understand our street vending is a story of poverty and injustice, otherwise, we are not pleased to beg people to buy something from us”.

“Someone who is working as a street vendor didn’t have any other choice and was deadlocked. I was arrested five times because of street vending. Subway officials repeatedly took away all my belongings. Some insult me. I beg them a lot every time while they take my belongings. If I don’t come here, how can I feed my children?” (State-run daily Resalat, 26 September 2019)

The official IRNA news agency posted a video clip of a meeting of Iran’s officials in Tehran with street vendor women which alluded to their problems and suffering:

A female street vendor said: “Some men here (the municipal officials) disrespect me, even one of them calls me a coolie. I am proud that I am a coolie, with this I made my handicapped boy obtain a master’s degree and delivered him to the community. I, a coolie, made such children”.

Another saleswoman said: “All this witness, you took my belongings worth one million, bring my belongings back… You who are stealing from me must accept it. You took from me 20 rings and gave back just 10”.

Another lady said: “Men who are here, the officers at the station made the worst insults to the ladies. We don’t have the right to sit for a moment to rest in trains as if we are criminals, that is, even the worst criminals are not disrespected so”.

Another lady said: “About a month ago I was jailed because of street vending. I explained that I’ve got children and they will stay alone at home, but they didn’t care and held me all night. They had taken my belongings and said, go and steal and do whatever you want, but don’t sell on the street”.

The pressure and suppression facing female street vendors by officials are while street vending in other countries is not only legal but also organized, and governments have created work opportunities for sellers by providing the right conditions.

In France for example, there are approximately 600,000 mobile firms (street vendors), each employing an average of 2.2 people, and around 1.4 million people are earning from street vending.

London’s top five street vendors are announced to encourage people to buy from them.

By Pooya Stone The Iranian economy is falling fast...