Pompeo: Efforts Are Underway to Push Back Iran’s ‘Regime’ 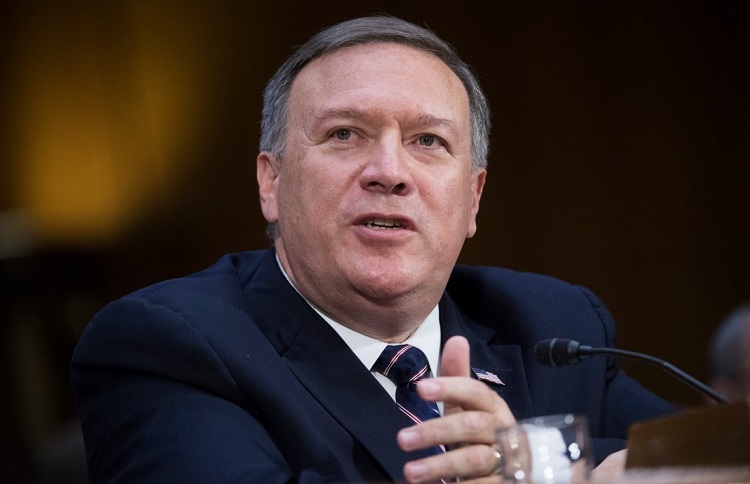 US Secretary of State Mike Pompeo said in an interview that given the danger of Iran’s increasing influence in Syria, efforts to push back Iran are both real and serious and are being pursued on an ongoing basis.

In an interview with ABC News’ This Week program on 20 October, Pompeo said: “I can assure you that the effort to push back against Iran are real and continuous, unlike what the last administration did that picked Iran as its strategic security partner in the Middle East.”

Pompeo added: “We’ve taken an incredibly different approach to that and the Islamic Republic of Iran is feeling it and security, stability in the Middle East is increased because of the work we’ve done.”

Pompeo also referred to the danger posed by Iran in a part of an exclusive interview with Fox News that was conducted prior to his trip to Turkey and a ceasefire.

Referring to US actions internationally, he said: “When we set about this now to lay down the President’s National Security Strategy a couple of years back, our mission set was very clear:  to do counterterrorism all around the world in an effective way to protect the American people.  Our efforts in Syria, our efforts in West Africa, our efforts in the Philippines, all across the world, have been aimed at that singular objective.  It’s what we’re still focused on.”

“And so Syria is a small part of this.  It’s a small part of our Middle East strategy more broadly.  You and I, I think, have spoken a number of times about the world’s largest state sponsor of terror, the Islamic Republic of Iran.  This – to focus singularly on what’s taking place in a part of Syria neglects the true risk to the American people and how effective this administration has been at preventing that risk from impacting security for the American people.”

Pompeo added: The Islamic Republic of Iran is feeling the full might, the full pressure, of the United States of America.  They were feeling it yesterday.  They were feeling it a week ago.  They will feel it months from now.  We’ve laid down the strategy, the ask, what it is we’re hoping the Iranian regime will do, how they’ll change their behavior.  We are still fully committed to that, and I am confident that ultimately we will prevail.

AFP: A website the United States touts as a...