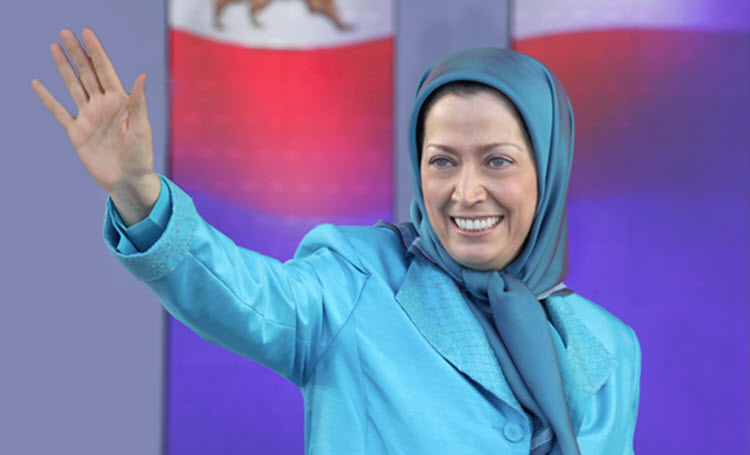 Many people around the world, wonder what Iran will look like after the Regime is removed for good. Luckily, they can look to the plan devised Maryam Rajavi, the leader of the Iranian Resistance Forces, to find out what lies ahead for a Free Iran.

Maryam Rajavi is the president-elect of the National Council of Resistance of Iran (NCRI), a coalition of Iranian Resistance groups, including the People’s Mojahedin Organization of Iran (PMOI/MEK) as its largest member, which serves as a parliament in exile.

Let’s take a look at the ten-point-plan for a Free Iran in more detail, as it appears on Maryam Rajavi’s website.

First is a strong commitment to democracy, citing free and fair elections under universal suffrage as the only legitimate path to political power.

The NCRI already practice this with their own elections and should have no difficulty implementing it in a country desperate for democracy.

Second is a call for freedom of speech (including for the media), expression, political affiliation, and assembly, along with unconditional internet access for all.

Unlike the Regime, who fear these freedoms because they see them as their downfall, the NCRI and MEK champion the rights of every person to say their piece, even if it is in opposition to them. The Regime has banned the MEK as a political party since the early 1980s.

Third is a commitment to end the death penalty in Iran, a stark contrast to the mullahs’ Regime which is the largest executioner per capita in the world.

Fourth involves the separation of Church and State, as opposed to the theocratic rule of the mullahs, the NCRI and the MEK believe in freedom of religion. They would also wish to see bans on any discrimination based on religion and denomination.

Fifth is a commitment to gender equality across all areas and a ban on discrimination against women, which will mean women are free to make their own decisions regarding marriage, divorce, clothing, education and employment.

This is in stark contrast to the mullahs who impose mandatory hijab and make women dependant on their husbands/brothers/fathers for permission to work/travel/learn etc.

It also states that they are “committed to the equal participation of women in political leadership” and this can be clearly seen in the NCRI’s internal structure where more than half of elected officials are women, as opposed to none in the Regime.

Sixth is a commitment to a modern legal system, which incorporates the presumption of innocence, the right to defence, and the right to be tried in a public court, all of which are sorely lacking under the mullahs.

The NCRI, MEK, and Maryam Rajvai will also abolish the mullahs’ Sharia law.

Seventh comes the NCRI’s commitment to human rights as laid out in the Universal Declaration of Humans Rights, and its international covenants and conventions. This is in contrast to the Regime who are currently under numerous international sanctions for human rights violations.

It also underscores the plan for the autonomy of Iranian Kurdistan, adopted by the NCRI.

Eight is the NCRI’s commitment to a market economy, with equal opportunity for all Iranians, unlike the current system where the Regime controls the majority of the economy whilst millions starve.

It also contains the NCRI’s commitment to the environment, because current environmental problems in Iran (and the Regime’s lack of response) have devastated the Iranian people.

Ninth is a commitment to peaceful coexistence with other countries, so the NCRI’s leadership of Iran will put an end to the mullahs’ destabilisation of the Middle East.

Tenth is the NCRI’s commitment to a non-nuclear Iran with no weapons of mass destruction, in complete contrast to the mullahs’ pursuit of nuclear weapons.

Iran blasts blacklisting of its bank by U.S.