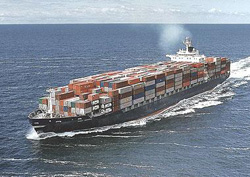 Iran received about 60,000 barrels a day in July, compared with 120,000 in May, Vijay Mukherji, a London-based research associate at EMC, said by phone today. The consultant revised its earlier estimate of 65,000 to 70,000 barrels a day.

“International trading companies have pulled back,” Mukherji said. “The U.S., Europe and the UN are aiming to cut Iran off. They just don’t want them to get any oil-product supplies.”

U.S. President Barack Obama signed legislation on July 1 that punishes foreign suppliers of Iran’s gasoline and blocks access to the American financial system for banks that do business with the country. Gasoline sanctions weren’t mandated by the UN or imposed by the European Union.

Shipments of the fuel are now dominated by Turkish and Chinese companies, Mukherji said. Before the sanctions, Emirati, Russian and international trading companies were also significant suppliers, he said.

EMC is a unit of Facts Global Energy, whose figures are cited by the U.S. Energy Department. The company gathers its information from traders, officials in Iran and information in the public domain, Mukherji said.

Bloomberg: China invested a total of $570 million in...