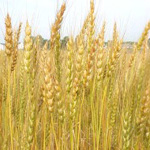 Iran’s wheat imports may drop by 67 percent this season amid ample stockpiles in the country and increasing production, the United Nations’ Food & Agriculture Organization said.

Wheat purchases may be about 2 million metric tons, compared with 6.1 million tons a year earlier, the Rome-based FAO said in an online country report dated yesterday. Total imports of grain, including wheat, corn and rice, may “remain relatively high” at 9.4 million tons, according to the report. Outlook for lower imports is “mainly due to higher carryover stocks following large purchases in 2012.”

Still, Iran has made “large purchases” of grain in international markets since the marketing year began April 1, including 800,000 tons of wheat from Russia and the Baltic Sea region before the Middle Eastern country’s elections in June, the FAO said, citing reports from traders. “Iran’s state grain buyer continues to build its strategic stocks in light of concerns about domestic food security,” the FAO said.

The Central Bank of Iran allocated 70 trillion rials, equal to about $5.7 billion under the country’s official exchange rate, for domestic wheat purchases in June, the FAO said. The country had purchased about 3 million tons of domestic wheat as of the end of this month, according to the report. Recent currency devaluations, tied to international sanctions and lower oil exports, are raising concerns about food security in the country, the FAO said.

Cleric says sanctions in Iran are a threat