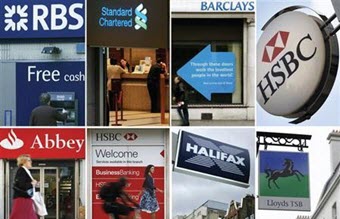 London, 13 Apr – British banks are reluctant to begin trading with Iran again due to concerns that the United States could still fine or discipline them.

As part of the nuclear deal between Tehran and major world powers several sanctions imposed on Iran were to be lifted. These included banking restrictions. Despite sanctions with countries other than the United States easing the biggest economy in the world is not yet opening itself up to Iran. As such private banks are unable to engage and trade with the country.

“Any banks in the UK that really have any exposure in the United States … are simply not budging”, said Alexandra Renison, spokesperson for Britain’s Institute of Directors, according to Reuters.

A stuttering global economy has created a bear market across the Western world. Taking on more risks is not considered a smart move, ergo Iran remains untouched. For any business hoping to begin trading with or in Iran they must consider any relations they have with the United States. Iran is prevented from trading and accessing US dollars, and breaking these sanctions can mean fines or prison time.

Senior officials from the British government have acknowledged the barriers to developing trade links and warned of a lengthy process.

Tehran’s response has been marked with annoyance. Supreme Leader Ayatollah Ali Khamenei accused the United States of dragging its feet in implanting the terms of the nuclear deal.

American lawmakers in the Democratic and Republican Party have been very bullish towards making any deal with Iran and are preventing legislation from passing that would induct Iran back into the international finance system, which is heavily pegged to the dollar. President Barack Obama also denied that they were planning to offer Iran access to US financial systems.

Ahmadinejad to give opening speech at Iran nuclear summit

AFP: Iranian President Mahmoud Ahmadinejad will give the opening...