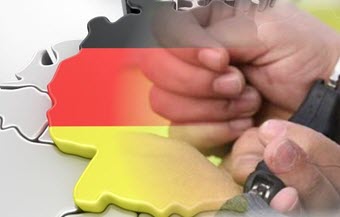 Berlin, 12 Apr – German prosecutors brought espionage charges against two Iranian men on 8 April. Maysam, P., 31, and Saied, R., 33, were accused of spying on exiled opposition members on behalf of Iranian intelligence since January 2013 and August 2014 respectively. The men were indicted on 22 March in Berlin, their full names were not disclosed in keeping with German privacy rules.

The men were believed to operate throughout Germany and the EU; gaining information on the People’s Mojahedin Organization of Iran (PMOI/MEK) and the National Council of Resistance of Iran (NCRI). Maysam has reportedly been in detention since 28 October 2015. In a statement confirming the indictment the NCRI states that Maysam received money from Iranian intelligence in return for espionage.

The NCRI, which identified the two men as Maysam Panahi and Saied Rahmani, said that Panahi was expelled from the Iranian opposition’s base Camp Liberty in Iraq in 2012, following which he went to the Mohajer Hotel in Baghdad that is controlled by the Iranian government’s intelligence agency (MOIS).

The NCRI released a statement offering a timeline of events for the two men that traced their paths through Iraq, Germany and France.

“In Mohajer Hotel, a veteran MOIS agent and member of the Qods Force (QF) by the name of Kiyanmehr with pseudonym Sajjad organized and briefed them on their mission. Previously, on February 26, 2014, the NCRI Security and Anti-terrorism Committee had issued a statement disclosing the role of Sajjad and the function of Mohajer Hotel as a center for the regime’s MOIS and Qods Force in Baghdad”, it said.

The Iranian resistance also cautioned the EU and the United States about the security of Iranian refugees. Referring to the EU’s 1997 statement that condemned Iranian government action against its citizens living abroad, the NCRI urged vigilance.

“[The NCRI] urges Germany and other EU member states to implement the April 1997 decision of the EU Council to try, punish and expel the intelligence agents and operatives of the religious fascism ruling Iran”, it added.

No further dates have been set in the case.

Germany has no objection to UN intervention on Iran: FM