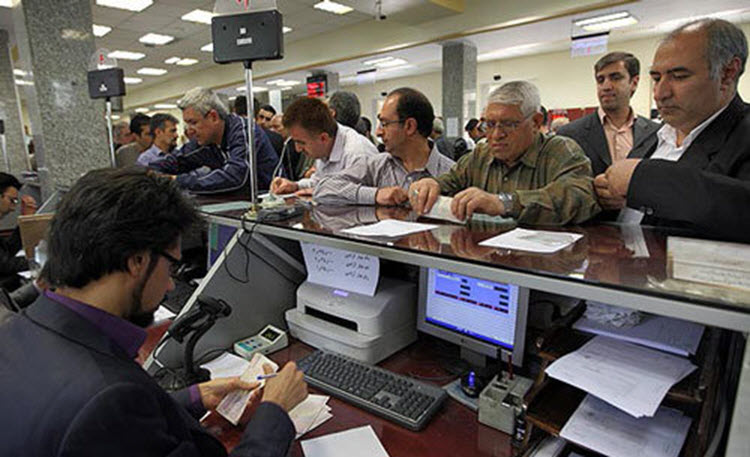 London, 5 May – Twelve Iranian banks have gone bankrupt. The claim comes from the state-affiliated ILNA news agency that quoted a government economist on 1 May as saying “right now, 12 banks are officially bankrupt, but nothing is publicly announced” (NCR-Iran).

Hossein Raghfar, economist and member of Tehran’s Az-zahra University scientific board, said that Iran’s infrastructure was suffering as no structural reforms had taken place. Raghfar also said that “in a way, the possibility of any kind of reform in the economy is nil”.

Large swathes of Iran’s industrial and production facilities are currently inoperative or running at a severely reduced capacity. Arman Khaleqi, a board director at the House of Industry and Mines, said industrial townships had 50% of units running at 25% capacity. (NCR-Iran)

Workers have been striking across the country over unpaid wages and the government’s disregard for labour laws. Increased taxes have hit market traders in previously profitable areas such as furniture, suggesting that Iran’s government is increasingly desperate to find any revenue it can to continue supporting its regional allies in Syria and Yemen.

“The border areas got sensitive to expanding export and import in this business. Therefore, the tax rate was increased in order to be profitable enough for the customs”, said a furniture producer from Tehran.

Extreme unemployment, which Raghfar said was not comparable to any other country, and wage stagnation has ravaged the Iranian life and the economy. Raghfar also noted the low wages paid to women in some Iranian counties were so low they constituted some “kind of slavery”. A cycle of poverty has led to a drain of human and financial assets in Iran. If one place doesn’t offer opportunities people will look elsewhere. Iran has no jobs to offer the 940,000 university students graduating each year from its universities.

Vast unemployment has brought with it a host of social problems. Iran’s addiction rates are the highest in world. A 2013 estimate in the Economist put the number at two million, but the true figure is said to be even higher. In addition to established drugs such as opium new, crude production methods have brought new potent drugs to the country. Narcotics like crystal meth, known as shishe, are sold in salons to women. Home production guides are available for as little as 2-3m rials (at the time $70-100, or half a month’s salary on Iranian minimum wage).

Iran: Russia to sell us aircrafts

Iran Focus London, 9 Dec - During My Five-Year Imprisonment I...