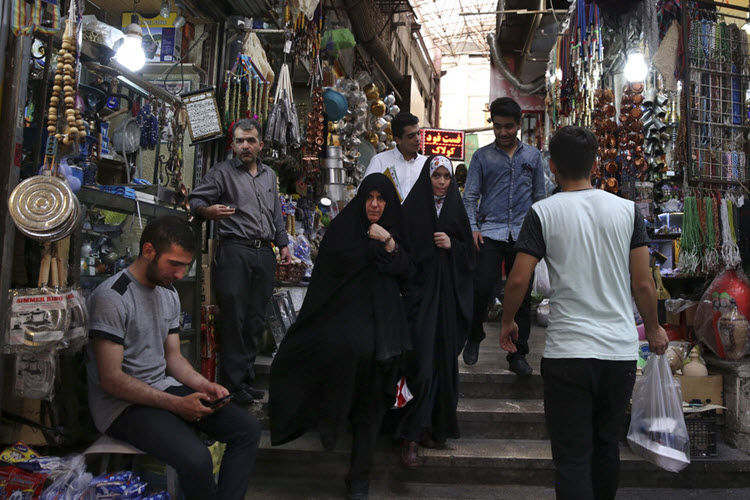 London, 14 Mar – The International Monetary Fund (IMF) recently commended Iran for “impressive economic growth” since sanctions against the Gulf country were lifted, but what is the truth behind this growth?

Dr. Majid Rafizadeh, president of the International American Council, wrote on Arab News that the only reason why Iran has recently experienced financial growth is the lifting of economic sanctions against the country, which allowed it to re-enter the global financial system.

Following the lifting of sanctions, Iran has been able to increase its oil exports from 1 million barrels per day (BPD) to approximately 4 million BPD. It is now the third-largest producer in the Organization of the Petroleum Exporting Countries (OPEC).

So, if Iran is now so flush with cash, they must have very satisfied citizens who are employed, provided with healthcare and protected from natural disasters, right?

Although Iran’s President Hassan Rouhani has made a big deal about the economic growth ahead of the Iranian elections (pretending that the growth is due to his government) but the truth is that the Iranian people will not see any of the benefits.

– 30% of Iranian youth are unemployed

This was even qualified by Rouhani, who admitted that unemployment in besieging the country.

He said: “Employment is the most important issue in the country… and unemployment can be a big dilemma for our country and our community. It’s too worrying to have one, two or three unemployed youth in each family.”

So where is the money going? It’s lining the pockets of government officials and their extrajudicial terror squad of course.

Rafizadeh wrote: “If the Iranian people are not seeing the fruit of sanctions relief and additional revenues, who is reaping the profits? Since Iran’s economy is predominantly state-controlled and state-generated, additional revenues are likely being deposited in the bank accounts of those who run the government. Two organisations have significant control over the economy: Iran’s Revolutionary Guard Corps (IRGC) and the office of the supreme leader.”

Some claimed that lifting sanctions would help the moderates in the Regime but they have been proved wrong.

Rafizadeh wrote: “Not only has financial growth not moderated its foreign policy or empowered moderates, it has emboldened Tehran to ratchet up its military adventurism, the pursuit of ballistic missiles and regional provocations. Iran’s moderates and hard-liners pursue the same objectives but with different tactics.”

AFP: A new passenger jet link between Baghdad and...

RFE/RL: It is easy to spot the nearly three-acre...