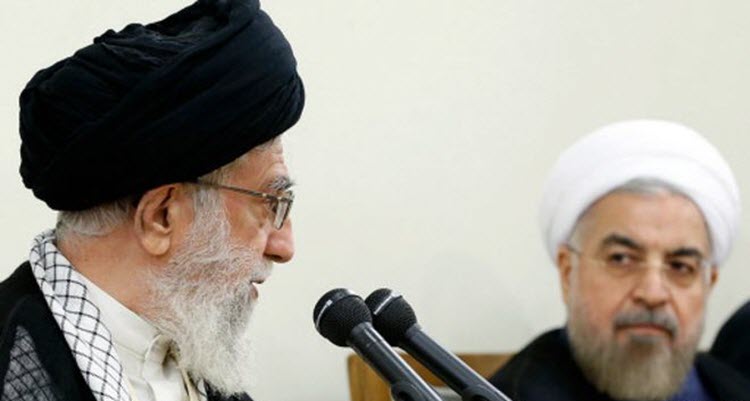 London, 14 Mar – The Iranian nuclear deal and uncertainty surrounding whether it will remain in place in causing divisions amongst the Iranian Regime ahead of the May Presidential Elections.

Heshmat Alavi, a political and human rights activist, wrote an op-ed on the divide for The Diplomat, in which he reminded us that while most governments deal with divides via debate and discussion, the Iranian Regime is not most governments.

He wrote: “The fact remains, however, that Iran is not a democratic state with political parties enjoying a healthy deliberative process. Iran is a unified entity with different factions seeking one strategic objective: guaranteeing their regime’s survival while realising both personal and factional interests.”

Those still in favour of the nuclear deal are President Hassan Rouhani, whose team negotiated the deal with the US, the UK, Germany, France, China, and Russia.

Ali Akbar Salehi, head of Iran’s Atomic Energy Organization, said that those in opposition were overstating the negative aspects rather than focusing on the positive.

Those opposed include Supreme Leader Ali Khamenei who called it a failure, and the Assembly of Experts, who advise Khamenei.

Mullah Dolabi, a member of the regime’s Assembly of Experts, said that is was “naïve” to work with Iran’s enemies in this way, while Hossein Shariatmadari, Khamenei’s spokesperson said that the deal was full of unfulfilled promises.

Alavi wrote: “It is crystal clear such domestic disputes are fuelled by the upcoming presidential elections in less than three months. To this end and considering this objective, rest assured such factional feuds will only increase and boost the possibility of sparking public outrage and uprisings similar to the episode witnessed in 2009. This is one issue every regime faction and element are extremely concerned of, knowing all too well the current powder keg situation riddling Iran.”

The Globe and Mail: The Conservative and New Democratic...

US rallying allies, partners on Iran

AFP: US President George W. Bush led a US...