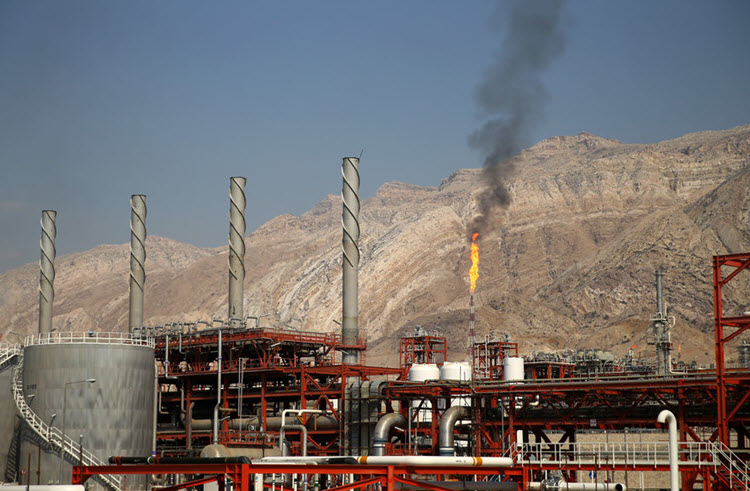 London, 2 Apr – It has been reported that the French energy giant, Total, has been sending funds to Iran with the purpose of seeing how difficult it is to deal with Iran via the banking system.

Total is considering investing in the Islamic Republic but is proceeding with caution. A compliance officer has even been allocated to ensure that no rules are broken. For example, Americans are not allowed to participate in the projects and any Iranian that has been sanctioned must be avoided.

What attracted Total was the large and promising market with huge energy reserves. However, not many oil companies have taken the risk to deal with Iran because of the sanctions history and the numerous restrictions.

Total is not the first energy company to show an interest in Iran. Iran has the largest natural gas reserves in the world and its oil supply is the second largest in the Gulf. The CEO of Total said it is making a “bolder” move than its competitors.

Since he came into office, President Trump has imposed more sanctions on Iran and called it out on its aggressive actions. His administration put Iran “on notice” and many corporations are reluctant to deal with Iran for fear that the United States will take further action. There are already complex rules in place for doing business with Iran but Trump could decide to further complicate them.

Corruption is rife in the country and it is notorious for being difficult in its business dealings. Not many organisations are prepared to go against the advice of the United States, and many other countries have expressed their disproval of investing in Iran.

Despite this, a number of large international companies have taken the plunge. For example, Iran is to receive almost 200 aircraft from Airbus and Boeing, and PSA, a French automotive manufacturer, has allocated €300 million to make cars in Iran.

Iran hoped that with the lifting of sanctions after the nuclear deal was signed that large international investments would come to the country.

However, American companies are pretty much banned from investing in Iran’s energy.

If a deal eventually comes to fruition between Iran and Total, it will make a big difference to the government in Tehran because the elections are approaching and Rouhani has already stated that he wants to ramp up oil production.

An Iran analyst has said that failing to guarantee such an investment would be “bad news” for the current President of Iran as one of the main objectives of the nuclear deal was to economically rehabilitate the country.

However, it is a huge risk for any company to deal with Iran because of corruption. The widespread corruption in the country means that it is impossible to trust key officials and it could be argued that Iran is incapable of being transparent.

AFP: Imposing sanctions on Iran has been the "most...

Three charged in scheme to send money to Iran

Reuters: Three people were charged on Thursday with conspiring...