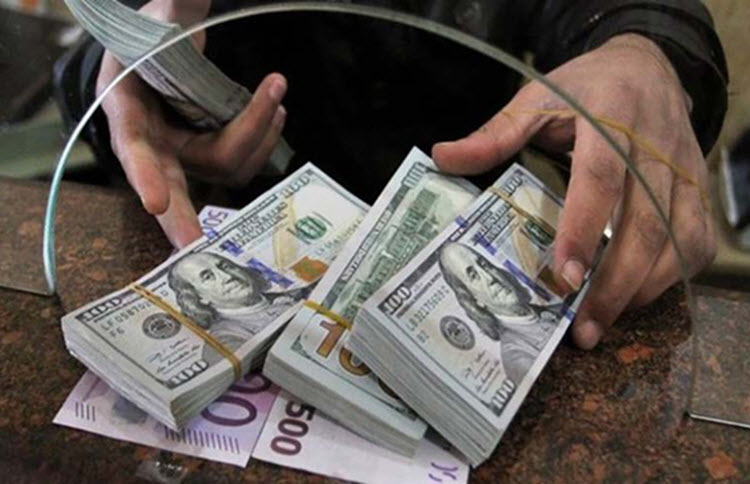 London, 27 Apr – A number of reports this week have suggested that the economic crisis in the Islamic Republic of Iran is very much ongoing, in spite of the government’s effort to restrict foreign currency exchanges and otherwise interrupt the collapse in the value of the rial.

Earlier this month, the Iranian national currency fell to an exchange rate of more than 60,000 rials to the dollar, representing about half the value it had maintained last September. The government subsequently set an artificial rate of 42,000 rials to the dollar and banned currency traders from altering it. But EA Worldview reported on Tuesday that such stopgap measures had failed, with a number of exchanges opting to close down instead of adhering to the artificial rate.

The same report also indicated that the persistent crisis was showing its effects on commodity prices, imports, and utility rates. The current trends are contributing to speculation about still worse problems to come, including power cuts and blackouts throughout the country. Government officials have naturally promised to keep the situation under control, at least in important areas such as the price of essential foodstuffs and medicine. But such assurances are undermined by expert analysis that suggests a general tendency of ineptitude in the government’s response.

EA Worldview notes that declining rate of imports stand to be harmed even further by Iran’s supposedly protectionist decision to stop relying on the US dollar as a reserve currency and to instead report the value of its currency in Euros. This move is not expected to seriously diminish demand for the dollar, but it will increase the cost of that currency for importers, as a result of conversion fees.

The effort to shift away from the dollar has also led Tehran to pursue a serious of direct currency swap agreements with trading partners such as Turkey and Russia. These CSAs were the focus of a report by Al Monitor on Wednesday, which suggested that “de-dollarization” could actually exacerbate Iran’s isolation from global markets instead of reversing it.

Insofar as CSAs privilege the trade in raw natural resources, they actually threaten to undermine Supreme Leader Ali Khamenei’s efforts to facilitate a “resistance economy” that is based on domestic development. Al Monitor argues that moving away from the dollar can only be beneficial to domestic industries after they have reestablished a customer base in foreign markets. And this outcome continues to be obstructed not only by the threat of US-led sanctions but also by Tehran’s own actions and inactions, such as its failure to come into line with the anti-money laundering requirements of the Financial Action Task Force.

In an interview, renowned economics experts Steve H. Hanke put the situation in especially stark terms, saying that Iran’s economy is in a “death spiral” thanks to a “perfect storm” of sanctions threats and chronic mismanagement by the national government. Hanke agrees that the Iranian economy desperately needs investment, especially foreign investment, in order to remain afloat, and he adds that Tehran has made no significant policy changes to facilitate that investment or to mitigate economic problems, either in response to the current crisis or over the long term.

At the conclusion of the interview, Hanke stated that Iran’s economy is far too isolated for its collapse to have a serious impact on the broader region or the world. “Iranians will suffer the most,” he said, without specifying the ways in which Iranians have already been suffering from extremely high levels of unemployment and poverty in recent years.

These hardships were widely reported to be the initial spark behind the nationwide uprising that took place in December and January. And this fact points to the conclusion that if Tehran continues to fail in its effort to revive the domestic economy, popular unrest will see a dramatic resurgence. But this is not to say that the political situation is stable at the present moment; quite the contrary, reports continue to emerge from localities such as Isfahan, Ahwaz, and Kazerun regarding large-scale demonstrations and clashes with security forces.

As the January uprising indicated, these demands are manifold. They certainly include demands for economic reform, as well as demands that relate to a range of social issues such as minority and women’s rights. But with anti-government slogans such as “death the dictator,” countless protesters appear to maintain a view that is in line with that expressed in recent analysis of Iran’s economic situation: that the existing government is an absolute barrier to change.

Reuters: Russia said on Friday it was likely to...