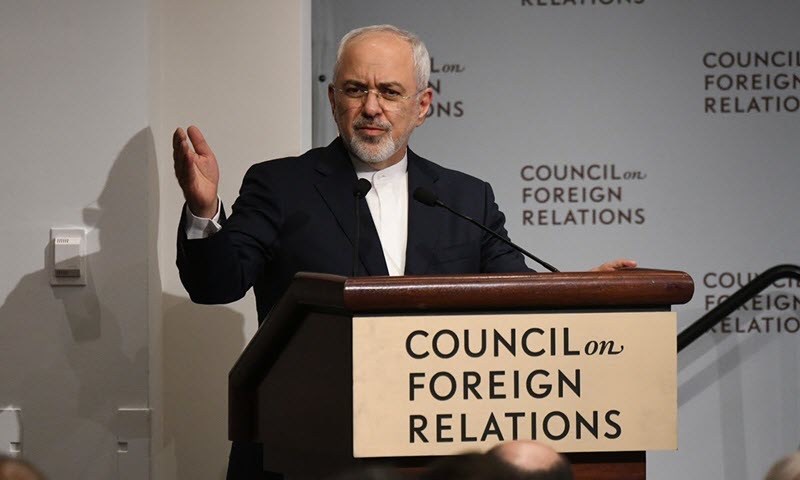 Iranian Foreign Minister Mohammad Javad Zarif also planned a visit to coincide with that of the Europeans. He is apparently attending the United Nations peace conference with other officials from around the world, but it is clear that he is there with regards to the nuclear deal.

Zarif has spoken about the possibility of Iran releasing US citizens that are currently imprisoned in the country if the United States adopts a different “attitude”.

The Foreign Minister also threatened the United States, saying that if it walks away from the Joint Comprehensive Plan of Action (JCPOA), Iran will have all options available to it, including launching advanced centrifuges for the enrichment of uranium and leaving the Nuclear Non-proliferation Treaty.

Zarif’s comments show that the Islamic Republic is not going to give in to the demands to change the terms or renegotiate the nuclear deal.

Trump has given the signatories of the deal a deadline of 12th May to strengthen the agreement and fix its many flaws and weaknesses. He has also said that he wants to see Iran’s ballistic missile program and its belligerence in the Middle East addressed. Failing to take the appropriate steps, Trump has warned that he will pull the United States out of it.

In recent weeks, the ultimate power in Iran, the Supreme Leader, Ayatollah Ali Khamenei, has been silent with regards to the nuclear deal. Some Iranian officials have said that Iran remains committed to the deal while other officials have threatened the US and said that Iran will walk away too. However, Khamenei will have the final say, so his silence is very telling.

It shows that the Iran is in a state of complete chaos. The different factions are taking swipes at each other in the media and the leadership is far from being a united force.

The domestic situation is making things worse. The people of Iran took to the streets at the end of December and participated in protests across the whole country. The people were voicing their discontent about the terrible economic situation that is having a major impact on their lives and they called the regime out for its widespread corruption.

Very quickly, however, the protests turned into anti-government demonstrations and there were calls for regime change. The people of Iran, backed by the PMOI / MEK, the main opposition group, also received messages of support from officials across the world including Trump who condemned the government for mistreating its people.

If the leadership of Iran cannot even come to a decision about its stance on the future of the nuclear deal, there is not much hope for it staying together long enough to achieve its goals in the region. As time passes, we see more and more evidence of the regime’s weaknesses.

Intelligence assets listen in to Teheran

Daily Telegraph: The antennae of all British signals intelligence...

AFP: The Vatican condemned on Friday as "unacceptable" Iranian...