Sanctions on Iran Are Working 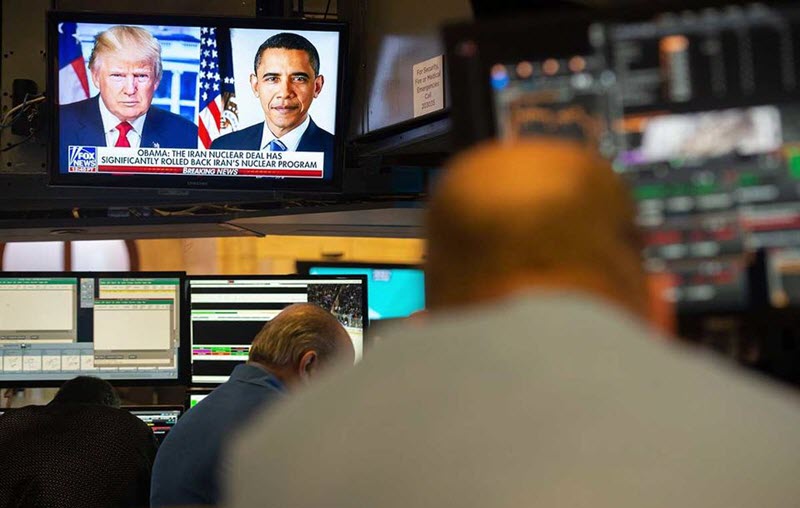 London, 28 Jun – Donald Trump’s decision to pull the United States out of the fatally flawed nuclear deal with Iran has been met with hysteria from the mainstream media and European politicians, but this should not be surprising. The media dislikes Trump and Europe is making millions from trade with Iran.

This deal, which was never ratified as a treaty by the Senate, was a diplomatic disaster. The mullahs never intended to fulfil their promises, there were no real safeguards in place to make sure that they did, and so it should come as no surprise that Iran has violated the deal.

Even though the deal prevented Iran from openly conducting nuclear work, it placed no such restrictions on the Iran’s other highly damaging behaviour, such as its aggressive interventionist foreign policy that is used to push Iran’s revolution throughout the Middle East. In fact, it rather emboldened Iran – something that many Arab states were shocked at. Some even began work with Israel in to counter Iranian power and influence in the region.

Despite this rapid change in Middle East politics, Europe, and Germany in particular, continued to do business with Iran. In 2017 alone, the European Union exported over $13 billion in goods to Iran; up 66% on the year before the nuclear deal was signed. In 2016, Germany alone shipped over 3 billion Euros worth of goods and services to Iran. Money was more important to them, than peace.

So Arab countries are starting to cut them out. Saudi Arabia, which holds nearly $8 billion worth of exports, has made moves to freeze new business with Germany. This still didn’t make major waves, but then, Trump withdrew from the deal and European companies began to fall in line, not wanting to risk US sanctions. Their politicians are still actively trying to save the deal, but they will fail to do so.

John Ligato, a former Marine and deep cover FBI special agent, wrote: “As we can see, the impact of the Trump administration decision to re-isolate Iran is having its desired impact. Despite lobbying and political pressure from the Europeans, businesses recognize that the American market is more lucrative to their bottom line than Iran. And unlike in the past, when the Arab nations spoke in one voice, we now have allies in nations like Saudi Arabia that agree Iran is a danger to peace.”

Reuters: Japan's lower house is set to pass a...

VOA News: A senior military spokesman says there is...