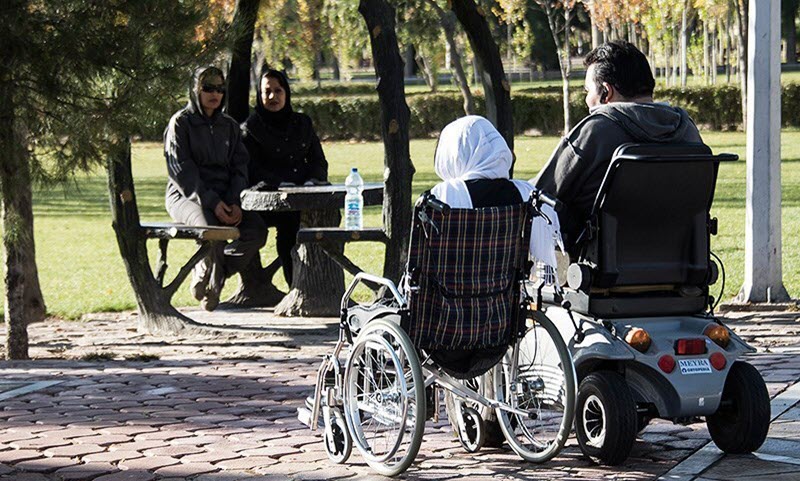 London, 28 Jun – Many sectors of society in Iran are discriminated against by Iran, including religious and ethnic minorities and women. Human rights watch and the Center for Human Rights in Iran have also drawn attention to the discrimination against people with disabilities.

The two organisations released a 71-page report detailing the extent of the problem in Iran. The document is entitled “‘I am Equally Human’: Discrimination and Lack of Accessibility for People with Disabilities in Iran” and it highlights that the public transport system, healthcare centres, government offices and many more places are inaccessible to people with disabilities.

These people are also on the receiving end of discrimination from government social and healthcare workers. Many do not have access to the help that they need to be able to live their lives meaningfully.

For the report, dozens of people with disabilities were interviewed and many spoke about how they are completely reliant on family members. Many of them also spoke about the inadequate access to public transport and public buildings.
There were many stories about transport facilities having accessible options, such as bus ramps or elevators, but all too often they are out of order.

The report also drew attention to the worrying practice of people receiving medical treatments without being given the full information. For example, it is common for people with psychosocial disabilities or mental health conditions to be given electroconvulsive therapy without informed consent.

It is the responsibility of the country’s authorities and government to ensure that discriminatory laws and practices are amended urgently so that people with disabilities are not cut off from the rest of society. The deputy disability rights director at Human Rights Watch Jane Buchanan said: “The government should immediately issue statements at the highest level that discrimination against people with disabilities has no place in Iran and make a clear, time-bound plan for ensuring accessibility of transportation, social services, and health care.”

Iran ratified the International Convention on the Rights of Persons with Disabilities in 2009 but the situation still requires urgent attention. The convention prohibits discrimination and ensures that people with disabilities can live independently and be treated as an equal with other people in society. All too often, the millions of people in Iran with a disability are treated with pity and subject to charity.