Iran’s Parliament Is Led by the Supreme Leader, Not the President 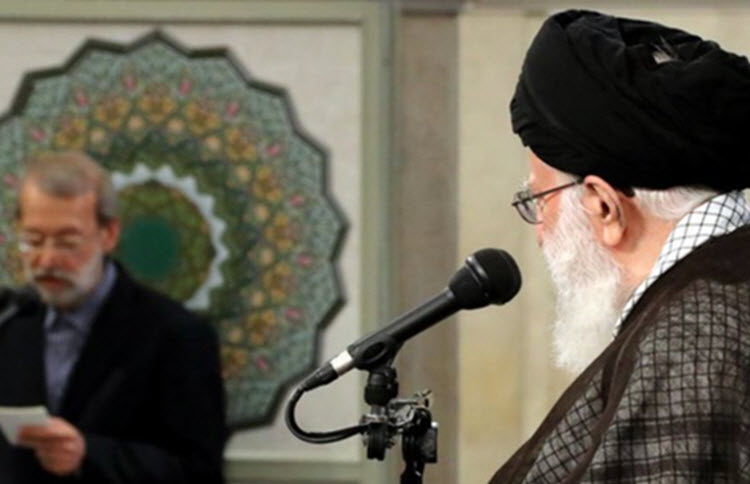 London, 28 Jun – Iranian Supreme Leader Ayatollah Khamenei opposed a bill, proposed by President Hassan Rouhani, about joining the International Convention for the Suppression of the Financing of Terrorism, on June 20, claiming that it would undermine Iran’s independence.

This left no doubt that Khamenei was against the bill, even though Speaker of Parliament Ali Larijani had previously claimed that the Supreme Leader had no opinion on the bill and that the MPs would be allowed to decide whether to vote for or against on their own. In opposing the bill, Khamenei had directly intervened in the legislative process.

This bill was supposed to be passed in order to comply with recommendations by anti-money laundering body, the Financial Action Task Force (FATF), and ensure that Iran was removed from their blacklist. They were temporarily removed after the nuclear agreement, officially known as the Joint Comprehensive Plan of Action (JCPOA), came into effect, but they will once again find themselves on the blacklist if they do not implement banking reforms by the upcoming deadline.

But the fact that Khamenei intervened at all begs the question, who control the Iranian parliament? Well, simply, the Supreme Leader rules all in Iran and he had intervened many times in his tenure as ruler.

This is true, Khamenei even ignored the Iranian constitution in spring 2010 when he instructed MPs to introduce a law to supervise the conduct of representatives; a law which passed the following year.

He did the same during the period 2000-2004, when MPs wanted to reduce restrictions on the press and Khamenei spoke out against this. MPs moved against his wishes and the bill was removed permanently by Khamenei.

He also suggested in 2015 that the JCPOA deal be voted on in Parliament, which meant that it would be turned into a domestic law as opposed to a political agreement. In doing this, Khamenei rather shot himself in the foot. He will essentially be breaking Iranian law by pulling out of the deal; although its unlikely he will care.

In fact, the fear of his interventionism has even delayed or stopped bills in the past.

Khamenei even changed the constitution in 2005 to allow the private sector to become more active, without input from anyone, not even the Parliament or the people, despite the fact that changes to the constitution need to be approved in a referendum.

Khamenei also intervened to stop President Ahmadinejad being questioned before the Parliament, despite the fact that one-quarter of the MPs had summoned him and Speaker Ali Larijani and all the MPs withdrew their request. While he has also stopped the Iranian Parliament from investigating corruption, as was the case of the Police Cooperative Foundation.

Telegram target of Revolutionary Guards in widening crackdown in Iran

AP: Arab and Turkish officials slammed talk of a...