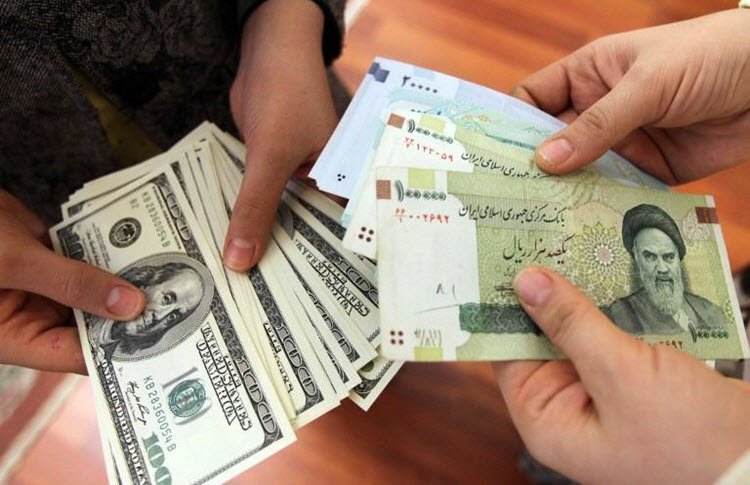 London, 3 Sep – According to reports, on the unofficial market amid continued economic difficulties following the reimposition of nuclear sanctions by the United States, Iranian currency has hit another record low against the dollar. In the past three days, the rial has lost around 15 percent of its value on the open market, according to Bonbast.com, which tracks Iran’s rates it is trading at 128,500 to $1 by September 3rd.

After Central Bank Governor Abdolnaser Hemmati announced that tighter restrictions on allocating foreign exchange reserves on September 1st, according to financial journalist Maziar Motamedi, the rial latest drop occurred. “Hemmati said that he wishes to be much more careful in allocating foreign currencies at government rates, signaling a potential forthcoming shortage of hard currency,” Motamedi said in an interview.

The dramatic 70% decline of the rial over the past year, combined with rising prices triggered protests across the country since the turn of the year uprising that rocked Iran.

The country’s weak economy and a heavy demand for dollars among Iranians, is blamed for the fall of the rial. Iranians are concerned over U.S. President Trump’s exit from the landmark 2015 Joint Comprehensive Plan of Action (JCPOA), known commonly as the Iran nuclear deal, an agreement reached in Vienna on July 14th, 2015 between Iran, the P5+1, and the European Union that lifted economic sanctions on Iran in return for their limiting their nuclear program.

Newly reimposed U.S. sanctions will affect Iran’s exports. The first round began in early August, but in November, the most formidable sanctions go into effect — those targeting Iran’s oil exports and the banking sector. Officials say that Washington’s aim is to bring other countries’ imports of Iranian oil down to zero.

Iran’s economy, already troubled before the new U.S. sanctions, sparked a major uprising in December and January. Public discontent and calls for regime change continue, as protests rock the country, putting pressure on President Hassan Rouhani’s government. Amid mounting discontentment toward President Hassan Rouhani’s government over a deterioration in the country’s economic situation, Iranian lawmakers started impeachment proceedings against the Education minister and moved to impeach the minister of Industry, Mines and Business. This followed the firing the Finance and Labor ministers.

During this crisis, the Iranian president was summoned before parliament for the first time. He made a startling statement, “the economic problems are critical, but more important than that is that many people have lost their faith in the future of the Islamic Republic and are in doubt about its power.” This surprising admission reflects on the power the Mullahs have used over the last 30 years, and how that power is deteriorating.

The Times: Iranian soldiers crossed the Iraqi border into...