Iran: Crack Down on Lawyers and Activists Continued Over Weekend 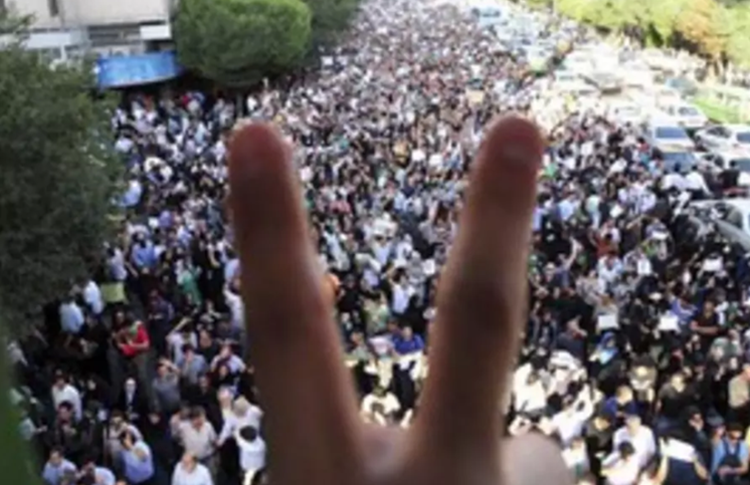 London, 3 Sep – Those being targeted include lawyers and activists associated with the campaign against forced wearing of the hijab Today Amnesty International reported in a press release
‘The human rights situation in Iran has reached crisis point’ – Philip Luther
The Iranian authorities have arrested three human rights lawyers and a women’s rights activist over the past four days, part of an escalating crackdown to crush civil society in the country.

Payam Derafshan and Farokh Forouzan were arrested on Friday while visiting the home of another recently-jailed lawyer, Arash Keykhosravi, in the city of Karaj, north-west of Tehran. Also on Saturday, women’s rights activist Najmeh Vahedi was arrested by the Intelligence Unit of the Revolutionary Guards at her home in Tehran.

It is unclear whether any of the detainees have been charged.

The arrests are part of a wider crackdown on human rights lawyers and women’s rights activists in the country (see timeline of arrests below).

Those arrested include one of Iran’s most prominent human rights lawyers, Nasrin Sotoudeh, who has defended women who have peacefully protested against the discriminatory and degrading practice of forced veiling (wearing of the hijab). She is being held in Tehran’s Evin prison, charged with several national security offences, including “insulting the Supreme Leader” and “spreading propaganda against the system”.

“These latest arrests are a blatant attempt to silence those advocating for human rights in Iran.

“The human rights situation in Iran has reached crisis point.

“Mild expressions of concern are not enough. We call on the international community to demand that the Iranian authorities stop attacks on human rights defenders, including human rights lawyers and women’s rights activists.

“It should urge the authorities to immediately and unconditionally release those most recently detained and ensure that every detainee is provided access to a lawyer of their own choosing from the time of arrest.

“Given its ongoing dialogue with Iran, the European Union should be at the forefront of such calls.”

Arrested to prevent legal defence of others

The arrests of human rights lawyers are part of an attempt by the authorities to prevent them from being able to defend their clients, who are often human rights defenders or individuals who face the death penalty, including for crimes committed as a child.

Hoda Amid had previously written about a campaign, entitled “Struggle to change the masculine face of Majles [parliament]”, which was launched before parliamentary elections in February 2016, with the aim of increasing women’s representation in parliament. She and Najmeh Vahedi had also worked to empower women and girls, including by teaching them how to protect their rights in marriage.

Payam Derafshan had been acting as legal counsel for Arash Keykhosravi, a lawyer who had been arrested by security forces outside Iran’s parliament building on 18 August with two other lawyers, Ghassem Sholeh-Sa’di and Masoud Javadieh. Prior to his arrest, Arash Keykhosravi had been representing the family of academic and environmental activist Kavous Seyed-Emami, an Iranian-Canadian man who died under suspicious circumstances in Tehran’s Evin prison in February.

Arash Keykhosravi, Ghassem Sholeh-Sa’di and Masoud Javadieh had been peacefully protesting outside parliament against the vetting of candidates in elections and calling for free, fair and transparent elections. Masoud Javadieh was released on bail the next day but Arash Keykhosravi and Ghassem Sholeh-Sa’di were transferred to Fashafouyeh prison in the south of Tehran and charged with “gathering and colluding to commit crimes against national security”.

Timeline of other arrests

*Roya Saghiri was arrested on 25 August; she is to serve a 23-month prison sentence for “disturbing public order” for peacefully protesting against forced veiling in December.

*Human rights lawyer Mohammad Najafi was convicted of offences including “disturbing public order” by a criminal court in Arak, Markazi province, and sentenced to three years in prison and 74 lashes. His case is related to media interviews he gave earlier this year in which he exposed the death in custody of Vahid Heydari, who died in early January in suspicious circumstances in Arak prison in Markazi province, and reported that his body bore marks of torture and other ill-treatment.

*Human rights lawyer Mostafa Tork Hamadani was summoned to court and charged with “spreading propaganda against the system” after he criticised the judiciary for barring him from defending jailed environmental activists.

*Mostafa Daneshjoo, a lawyer from Iran’s persecuted Gonabadi Dervish religious minority, was arrested on 8 July when armed security forces broke down the door to his mother’s home in Tehran, arresting him in front of his elderly mother, wife and young daughter. Prior to his arrest, he had defended numerous Dervishes facing prosecution by the authorities.

*Human rights defender Farhad Meysami, a medical doctor, was arrested on 31 July and charged with offences in relation to his support for the campaign against forced wearing of the hijab. Because the authorities found badges that read “I am against forced veiling”, he was charged with “spreading propaganda against the system” and “gathering and colluding to commit crimes against national security”. He was also charged with “insulting Islamic sanctities” because, according to the authorities, he “insulted” the hijab. He started a hunger strike on 1 August in protest at his detention and the authorities’ refusal to allow him access to a lawyer of his own choosing.

*Lawyer Zeynab Taheri was arrested on 19 June on trumped-up charges including “spreading propaganda against the system”, “publishing lies” and “disturbing public opinion”. She had worked on sensitive national security cases and had been outspoken about the grossly unfair nature of the trial of her client, Sufi bus driver Mohammad Salas, who was executed days prior to her arrest.

*Prominent human rights lawyer Nasrin Sotoudeh was arrested on 13 June and charged with several national security offences. She started a hunger strike on 25 August in protest at her unjust detention and the Iranian authorities’ harassment of her family and friends.

2 minors among half dozen sentenced to execution in past week

Reuters: The U.N. atomic watchdog denied on Wednesday its...