No Reality in Iran’s Claims of a Stealth Fighter 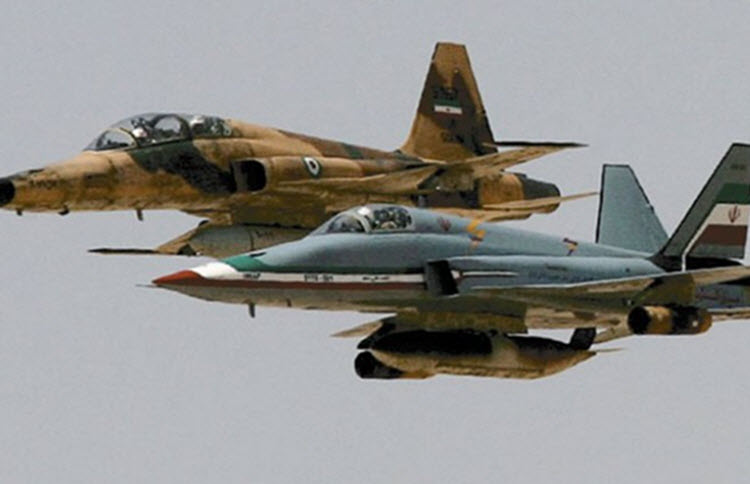 London, 4 Sep – Because it fears an attack by the United States, Iran has reasons to want a stealth fighter, but its dream is nowhere near to becoming a reality.

Israel and the United States have some of the most capable air arms on the planet. Iran is also competing for regional dominance with multiple Arab states who are equipped with fourth and 4.5-generation F-15, F-16, Typhoon and Rafale jet fighters. But, although Iran’s once state-of-the-art U.S.-built F-4 Phantom and F-14 Tomcat fighters have been kept in operational condition for decades, this falls far short of developing a working stealth fighter.

Despite operating under heavy sanctions and being cut off from spare parts from the United States for nearly forty years, it has managed nine years of high-intensity aerial warfare with Iraq. It has refurbished the rusting hulks of old F-5 Freedom Fighters into twin-vertical stabilizer Saeqeh fighters, reverse-engineered their J85 turbojet engines, and created a variety of viable capable drones.

So, while Iran can boast of some accomplishments, Tehran would have the world believe that it quietly developed its own stealth jet on February 2ne, 2013, when one was unveiled as part of the Ten-Day Dawn ceremonies attended by then-President Ahmadinejad.

IAIO Qaher (“Conqueror”) 313 retained significant design characteristics of the F-5 Freedom Fighter, but sported canted vertical stabilizers like an F-22 Raptor, wings like a 1950s-era MiG-17, drooping wingtips resembling Boeing’s discarded Bird of Prey concept, and bat-like canards — a second set of wings next to the cockpit. However, it didn’t look like something that could actually fly— as pointed out by David Cenicotti of The Aviationist.

Here are some of Cenicotti’s key points:

– The cockpit is too small to for an average-height person. The pilot would have to tuck his knees up in front of him to fit.

– The nose is too small to fit a radar.

– A relatively low-tech instrument panel likely taken from a civilian light plane. For example, its airspeed indicator maxes out at 260 knots, which is little over half the speed of a subsonic civilian airliner.

– No jet exhaust nozzle. Nozzles help a jet not melt itself when engaging afterburners.

– The jet intakes seem too small.

Although the little Qaher was said to have to ability to carry two two-thousand-pound bombs and six air-to-air missiles, Iran has no capacity for such a sophisticated weaponry — the airframe simply did not have enough space to carry such a load.

By Pooya Stone After the Iranian government mercilessly cracked...