Tensions Flare in Tehran Over the Economy 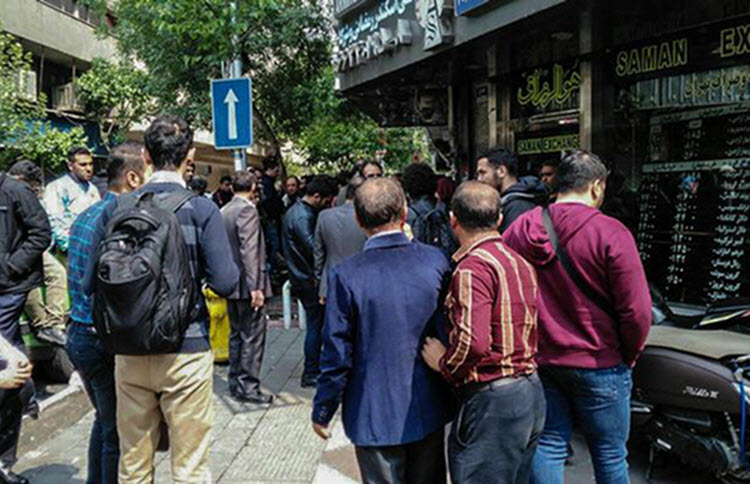 London, 13 Sep – Tensions are growing in Tehran’s Grand Bazaar as US sanctions, a failing economy, and a heaving devalued Iranian rial push merchants and shoppers alike to the breaking point.

Shopkeepers are trying to leave the country and angrily cursing the government’s corruption for the current economic crises, while buyers have lost their purchasing power and are now struggling to make ends meet. These are not isolated individuals, but representative of the Iranian people’s growing demand for regime change, which is the only way to solve the crisis.

It was not so long ago that the shop owners closed their businesses and went out to protest the officials, as part of the nationwide uprising, and it is clear that sentiment still remains strong. If change is not realised, then the protests will continue until it is.

The Iranian bazaar has for centuries been the centre of Iran’s economic and political life, and protests there are bellwethers of the political climate in Iran. Indeed, protests in the Bazaar against the Shah started shortly before he was forced to flee.

The June protests, focused on the value of the Iranian rial dropping to 90,000 to the US dollar, were just the start. Indeed, the rial is now being traded at 150,000 to the US dollar and further drops are expected following incoming US sanctions on Iran’s oil industry in early November. Sanctions that follow Donald Trump’s withdrawal from the nuclear agreement, citing a flawed agreement that didn’t tackle Iran’s support of terrorism.

Sales clerk Omid Farhadi said: “People are buying more because they think they won’t be able to buy stuff at current prices anymore. They are worried about price fluctuations. You have no price stability in this country. You go to bed and overnight a car that was worth 100 million rials is now worth 140 million.”

Farhadi, who blames Iran’s poor relations with the international community for the underdeveloped economy, is hoping to emigrate to Europe, as do many young Iranians.

His colleague, Alireza Alihosseini, blames that corruption and mismanagement of the government for the economic crisis.

He said: “Ninety per cent of our problems is because of the infighting. I don’t know why but the government and the supreme leader have differences.”

While Mahdirashid Mohammadzadeh, a jewellery seller, said that the crisis has been inflamed by Iran’s costly foreign intervention in Syria on behalf of Assad.

He said: “This is the people’s money. We have done nothing wrong to deserve this, but they are sending all our money to Syria.”

Tehran’s wish is law to Brussels

Sunday Telegraph: If the politicians who run the European...