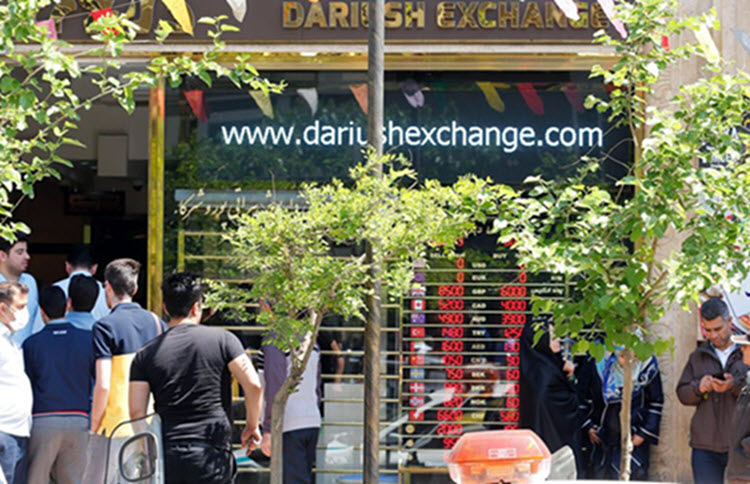 London, 5 Oct – Reports are surfacing the value of the Iranian rial is on the rise, after several months of declines, but that fifty Iranian economists are calling for Iran to end “the secondary forex market,” an arrangement that has “pushed millions of Iranians below the poverty line” and could lead to at least one million job losses.

In a letter to the heads of three branches of government, the economists explain that the creation of a secondary market has lifted control on the foreign exchange rates and brought 60% inflation.

Iran created this secondary market in July, following a failed attempt to impose a single rate of 42,000 rials to the US dollar on the forex market, while global exchange rates for the rial were spiralling.

2. A free market rate determined by the market on a daily basis (i.e. what the rest of the world uses)

3. A secondary market where exporters offer the foreign currency they have earned abroad at a rate agreed upon with buyers

As you can imagine, this complicated system was subject to a lot of abuse. In fact, many exporters of petrochemical products, minerals, steel and other goods – often people linked to Iran or the Revolutionary Guards (IRGC) – were able to buy dollars at the cheap government rate to aid their production and then sell their foreign currency at a higher price by exchanging via the secondary market, which meant that they could make three to four times more, whilst bankrupting the Iranian economy.

This is the second time that economists have called for the closure of the secondary forex market. In August, they issued a warning that profiteers would use this to take advantage.

Economists have previously called for tax reforms, military institutions to stop taking part in economic activities, the merger of major banks, and more in order to help poorer Iranians cope during this economic crisis. Iran has ignored all of these.

While the value of the rial appeared to have risen against the US dollar on Monday, following a record low of 200,000 rials to the dollar last week, many on social media are speculating that this is some sort of scam by Iran as there are no real transactions in the market that would back this rise.