ICJ Rules: US Sanctions on Iran Will Stay 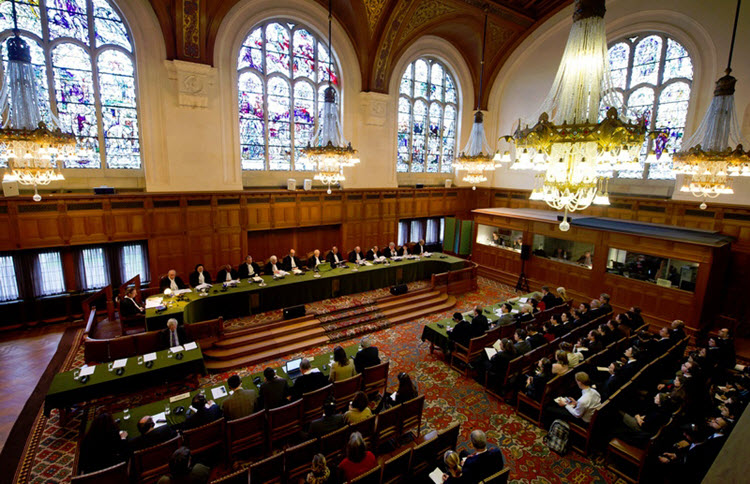 London, 5 Oct – Iran failed on Wednesday to persuade the highest court in the United Nations to overturn the punishing economic sanctions from the US that are bringing the Iranian economy to a grinding halt.

The International Court of Justice (ICJ) in The Hague, whom Iran appealed to in July, has left most of the nuclear sanctions in place, only ordering the US to lift sanctions that affect imports of medicine, food and civilian aircraft parts.

Judge Abdulqawi Ahmed Yusuf said: “[The US] shall remove by means of its choosing any impediments arising from the measures announced on May 8 to the free exportation to Iran of medicines and medical devices, food and agricultural commodities [and aeroplane parts, as sanctions on goods] required for humanitarian needs… may have a serious detrimental impact on the health and lives of individuals on the territory of Iran.”

This means that the far more devastating sanctions on Iran’s energy sector and central bank, which are due to take effect on November 4, will go ahead as planned and Iran will suffer greatly.

The ruling of the ICJ, which rules on disputes between UN member states, are binding and cannot be appealed.

US Secretary of State Mike Pompeo pointed out that this was a defeat for Iran, especially as the US had already exempted humanitarian goods from its sanctions.

He said: “[The court] rightly rejected all of Iran’s baseless requests.”

Pompeo then accused Iran of “abusing the ICJ for political and propaganda purposes” and announced that the US would end the friendship treaty that they signed with Iran over 60 years ago.

He said: “This is a decision, frankly, that is 39 years overdue. Given Iran’s history of terrorism, ballistic missile activity and other malign behaviours, its claims under the treaty are absurd.”

The treaty he refers to, the 1955 Treaty of Amity with Iran, laid out the practicalities for unlimited economic relations and consular rights between the two countries, but the US withdrawal will have no actual effect as the two countries no longer have diplomatic relations.

However, Iran frequently quotes the treaty in order to portray the US as violating something when it gets tough on Iran.

Oubai Shahbandar, a Syrian-American analyst and fellow at the New America Foundation’s International Security Program, said that the UN should focus on enforcing its resolutions against the proliferation of Iranian ballistic missiles throughout the region, as well as the continued illegal detainment of US hostages.

Reuters: Iran is prepared to discuss a possible nuclear...