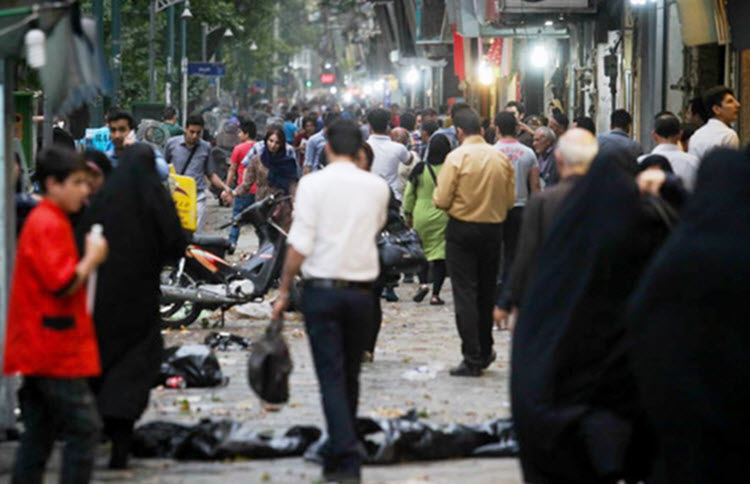 London, 3 Nov – On Wednesday, economic expert close to Iran, Davoud Mirzaie, said that as the country’s currency, the rial, continues to plummet, Iran’s workers have lost 80 percent of their purchasing power.

In an interview with the state-run ISNA news agency, Mirzaie continued. “The 19.5 percent wage increase has not shown itself in the workers’ lives, meaning the value of their wages in March 2018 is far below its value in March 2016. In other words, the workers’ purchasing power has decreased between 50 to 80 percent. This is causing numerous problems for the families of the country’s workers.” He added, “Such conditions have left the workers unable in providing for their basic needs. Therefore, labor unions have time and again called on the Ministry of Labor to see into this issue. Unfortunately, this remained unresolved.”

Head of the Majlis (parliament) Economy Commission, Mohammad Reza Pour-Ibrahimi, commented about the skyrocketing prices of essential goods, “The average price of essential goods, despite providing currency at 42,000 rials/U.S. dollar, has increased 30 to 50 percent in comparison to last year. It shouldn’t be this way.”

Compared to last year, the price of most goods in Iran have increased. Meat, dairy products, imported tea, and fruits have risen over 20 percent — workers’ families seldom enjoy these goods.

The latest Central Bank report focuses on developments in Iran’s home market for the summer. Compared to last year, mortgages have increased by 13.6 percent in Tehran in 11.1 percent other cities.

Head of the Iran-China Chamber of Commerce, Assadollah Asgar Oladi, recently stated that no Chinese bank is willing to work with Iranian merchants. Iran’s exports to China have stopped, he added in an interview with the state-run Tasnim news agency. Negotiations between the Central Bank and Chinese banks have failed, he added.

Majlis member Mohsen Bigleri made this statement recently, “To those government officials who are trying comfort themselves with unreal statistics, our workers and employees, young and old, are all living in conditions with inflation reaching 60 or 70 percent.” He added, “Mr. Rouhani, we have five million unemployed people and most of them are college educated, and yet they’re struggling to procure their next meal… The prices of people’s basic necessities, such as meat, poultry, dried goods and fruits have increased more than 70 percent…”

Another member of the Majlis, Sedif Badri, expressed concerns about the inflation and skyrocketing prices. “The government’s weak and indefensible economic practices… unbridled inflation increase and skyrocketing prices, are imposing pressures on the lower class of our society and has completely disappointed our middle class… the people are truly being crushed under these conditions…” she said.

Member of the Majlis National Security and Foreign Affairs Commission, Alaedin Borujerdi, cited Iran’s petrochemical industry’s practices. “The petrochemical industry presents its own products in the stock market. Informed dealers purchase the products instantly… and these products are then sold to needy factories at extremely higher prices. The factories are forced to either not purchase the raw material or as a result increase the prices of their own goods to an extreme extent. This results in inflation; people lack purchasing power and finally workers are fired from factories.”

Another Majlis member, Gholamreza Sharafi, explained that social issues in Iran are evolving into security matters. “People in parts of Abadan (in southwest Iran) haven’t had decent drinking water for 17 years… These innocent people rarely see a blue sky due to air contamination. These people have the sea, yet non-standard laws have made fishing difficult for them. These people once had the best dates production in the region. Today, however, their share of agriculture water is stolen and they are witnessing their date trees being destroyed,” he said. “4.3 million date trees have been lost.”

An end to the corrupt rulers is what is sought by the Iranian people, and the resistance units associated to the Iranian opposition People’s Mojahedin Organization of Iran (PMOI/MEK). The dictatorship will soon be overthrown in its entirety.

US Tour of World to Stop Investment in Iran

New York Times: There are some things, Iran’s Parliament...