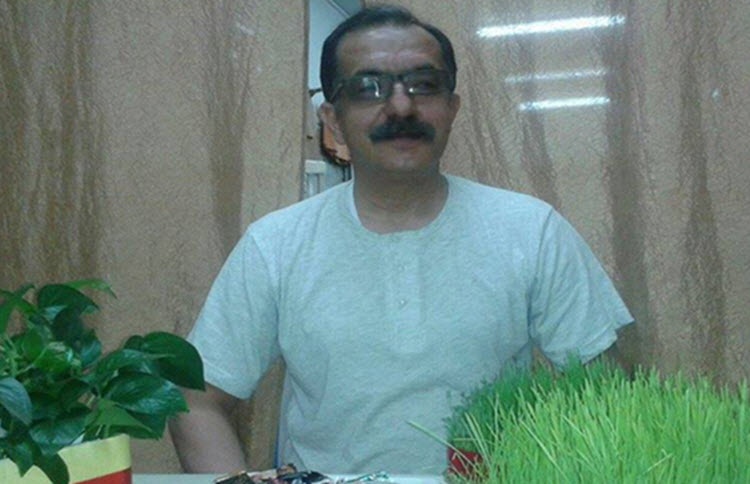 London, 5 Nov – Iranian political prisoner Mohammad Ali (Pirouz) Mansouri has written an open letter to gain the attention of human rights defenders, especially the UN’s Special Rapporteur on Human Rights in Iran, after learning of new charges against him that will extend his prison sentence by another five years.

Mansouri, who has been imprisoned at Rajai Shahr for eleven years, has just been accused of “gathering and conspiring against the government” through his hunger strikes, his support for Mohammad Ali Taheri, and his condemnation of the execution of a Sunni prisoner.

In his letter, Mansouri explains that a newly fabricated case file was first brought up in May 2017, which cited his communications through instant messaging app Telegram and caused him to be interrogated by the Ministry of Intelligence for a month. However, there was no evidence for these charges and so the case against him was closed.

However, in October, the Government brought more charges against Mansouri, this time for propaganda against the government. Then, in January, he was tried in Branch 28 of the Tehran Revolutionary Court on charges that he was never interrogated about, but was not given any notice of this trial, which would allow him to hire a lawyer.

He notes: “The trial was unconventional […] even compared to the unlawful methods employed routinely… The sentence was issued without a supervising judge, without me, and in the sole presence of the court secretary. The court record was entirely verbal. It was in no way compliant with the Islamic Penal Code. It was never clarified how it was deemed feasible when a hearing never convened, a judge never appeared, the defendant was absent, and the defence itself never spoke, that an appeal request could be filed and that this file could result in a sentence?”

Mansouri was sentenced to five years of imprisonment for “propaganda against the government” and “gathering and conspiring with intent to commit a crime”, even though he notes that it would be impossible for him to do this from behind bars.

He wrote: “I write not for the people of my country, who know this story by their own flesh and bones, but for human rights organizations, especially the United Nations Special Rapporteur on Human Rights in Iran. May they see the real face of our so-called independent judiciary, which is nothing but a sentence-printing machine run by the Ministry of Intelligence.

Mansouri was arrested in 2007 for taking part in commemorations for political prisoners executed in 1986. He was sentenced to 17 years’ imprisonment for “contacting and conspiring with the anti-government Mujahedin-e Khalq Organization” exile in Karaj, and a fine of 150 thousand tomans.

Bush says all options on table on Iran