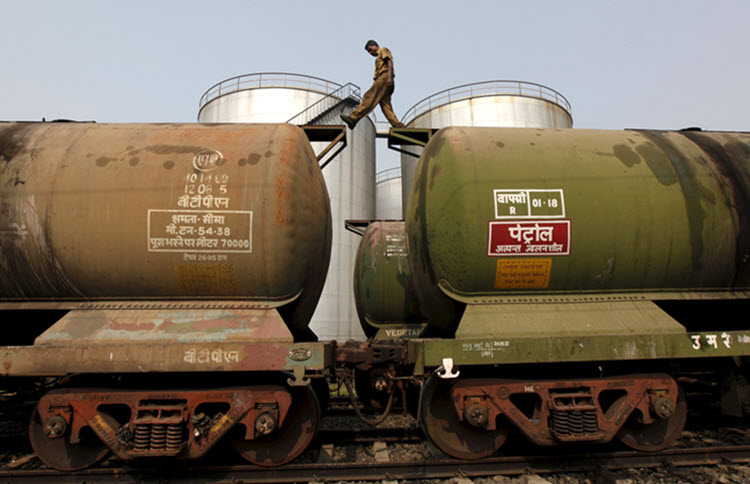 The US sanctions on Iranian oil exports have forced a major purchaser of Iranian crude to buy their oil from Saudi Arabia and the US instead.

Sanjiv Singh, head of the state-run refiner Indian Oil Corporation, said that it was a “collective decision” to end imports from Iran, made with input from the government to ensure the best interests of India. He said India will likely become more even reliant on other countries for its energy needs.

Iran was the third largest supplier of crude to India, behind only Iraq and Saudi Arabia, but after the sanctions waiver granted to India in November expired last month, India was forced to look elsewhere. These waivers were granted to eight countries, for a set period of six months, in order to stabilise the oil markets.

India initially said it would only recognize sanctions imposed by the United Nations, but the country’s petroleum minister said in April that they would abide by the sanctions and a representative for India’s Ministry of Petroleum and Natural Gas confirmed Wednesday that India no longer buys Iranian oil.

It is likely that India was worried about upsetting the US, its biggest export market because their relations have soured as of late due to trade and tariffs.

Six of the other countries (Turkey, Greece, Italy, Japan, South Korea, and Taiwan) have stopped buying oil from Iran, but China – the world’s biggest buyer – is ignoring the US sanctions and purchased $585 million worth of crude from Iran in May. Reportedly, Iran expects to export even more to China in June.

US Secretary of State Mike Pompeo, who is currently on an official visit to India, said the sanctions were countering Iran’s “terror regime”.

On Wednesday, he said: “I think there is a shared understanding of the threat and a common purpose to ensure to keep the energy at the right price and deter this threat.”

India’s foreign minister Subrahmanyam Jaishankar said that Pompeo was “very receptive” to India’s concerns about global energy supplies, as India has to import 85% of its energy needs in order to support its growing economy.

Pompeo also met with Prime Minister Narendra Modi to discuss international cooperation amid the Iran crisis, given that both countries share a political and strategic common ground on Iran and have both imposed sanctions on the rogue state.

Pompeo praised India’s efforts in cutting oil from Iran and said that the collaboration will strengthen bilateral ties.

US President Donald Trump is set to meet with Modi at the G-20 Summit in Osaka, Japan, later this week.