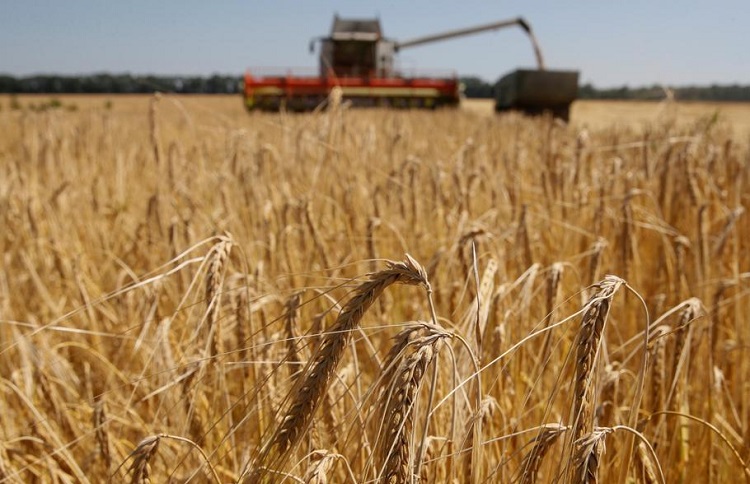 Iranian President Hassan Rouhani has claimed for years that Iran is producing the necessary wheat for Iran’s consumption, but statistics from state-run institutions show that this domestic wheat production as a means of self-sufficiency is nothing more than a ruse by the Iranian authorities.

The Agriculture Minister officially banned the import of wheat after January 2016, according to article 16 of the Agriculture Improvement Act, with some temporary exceptions.

However, according to Agriculture Ministry officials, two to three million metric tons of wheat is imported into the Iranian market every year under different pretences, including “for export” or “guaranteed purchase” at a price of 2,500-3,000 tomans per kilo.

At the same time, Iranian wheat is purchased at a price of 1,700-1,720 tomans per kilo, with the significant price difference between domestic and foreign products becoming the root of controversy and disagreements between authorities and a major source of profits for the Iranian Revolutionary Guards Corps (IRGC) and other government insiders.

Of course, the real losers in this are the Iranian wheat farmers, who are forced to sell their products to the government or traders at ridiculously low prices. The traders, in an unscrupulous effort to make more money, will mix the wheat with grit, sand, or even water to profit more from the added weight.

Hadi Hashemian, an official from the Justice Department of Golestan Province, northern Iran, said: “The wheat mafia, with the help of its elements in the Grain Organization, transports the wheat to open storage where it adds grit and sand, or water, to increase the weight of the purchased wheat by thousands of tons, resulting in enormous profits. This has become a widespread procedure in the Khorasan Razavi Province, and in most provinces where wheat is cultivated.”

While the Director of the Federation of Iranian Food Associations said: “Unfortunately, a widespread corrupt system of the mafia is built in the guaranteed purchase of wheat and we’ve warned the Minister of Agriculture about it many times. However, we heard from him that ‘It’s OK. It will fill the pockets of the farmers.’ All the while, we are certain this is not the farmers’ doings but rather some traders who buy the wheat from farmers and resell it to the government, and some officials are also involved.”

The Iranian government’s disputes over this are not about the poor farmers or the defrauded public, but rather over how much money they can make for themselves, with farmers saying that it’s the “goal” of the government and Agriculture Minister to “destroy” the farmers.

The Iranian authorities’ fake claim of self-sufficiency in wheat production goes along with the other measures of the government and how they have destroyed the Iranian economy.

Aziz Akbarian, chair of the Industrial Commission in the mullahs’ parliament, rejected the economic statistics presented by Rouhani in July.

He said: “What is interpreted from the domestic and international statistics is that this year our economic growth is negative 6.5% and the inflation rate is 40%. Therefore, how on earth did Rouhani come up with these numbers and spoke of economic growth? We will face an economic depression by the end of this year.”

He also said that regulations to improve the working environment have footnotes that prevent the job being executed and that the “instability” of governmental decisions causes most of the problems.

AFP: Iranian police waded into a crowd of mourners...