New US Sanctions on Iran 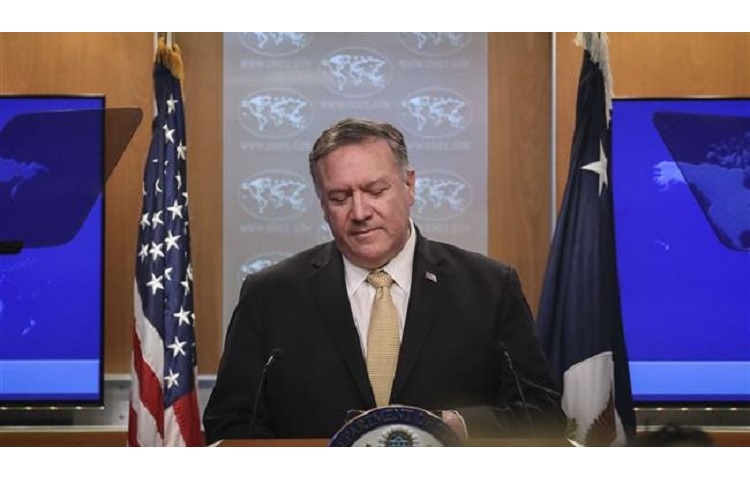 New US sanctions were levied against Iran on Thursday by Secretary of State Mike Pompeo. These sanctions specifically targeted judicial and security officials who were involved in the crackdown on the uprising last month, abusing the human rights of peaceful protesters.

Pompeo didn’t name all the officials but said the restrictions would extend to family members, vowing that “thugs killing people’s children” wouldn’t be allowed to send their own kids to study in the US.

He did, however, name Abdolghassem Salavati and Mohammad Moghisseh – two judges in Iran’s Islamic Revolutionary Court – for handing out harsh and excessive sentences, including the death penalty, 100-year prison terms and public lashings, to human rights activists and protesters.

These sanctions are part of the US’s maximum pressure campaign on Iran to end the country’s nuclear ambitions and show solidarity with the Iranian people and their legitimate protests.

Pompeo said: “The United States will stand [with] the Iranian people. Our public support, our moral support is important. Our calls for justice matter. A call for a normal nation with a real economy, for accountability.”

The Treasury Department already sanctioned Iran’s Minister of Information and Communications Technology for the internet and communications blackout imposed by the Iranian government, while Pompeo urged Iranians to defy the blackout with proxy servers and provide the US with video and photographic evidence of human rights abuses so that perpetrators could be identified and punished.

He said that the 36,000 files they received helped inform the sanctions and visa restrictions.
Pompeo said: “I have a message for the leaders of the regime. If you seek to recover respect from your people and the world, if you seek stability and prosperity for a once-great nation, you must respect the commitments that you’ve made, you must respect human rights.”
Morad Ghorban, director of government relations and policy for the Public Affairs Alliance of Iranian Americans, said: “We would encourage the administration to update and expand trade exemptions on telecommunications tools that would promote civil society in Iran and work to end the Travel Ban against the Iranian people.”

Daily Mail: Mahmoud Ahmadinejad has accused the West of...