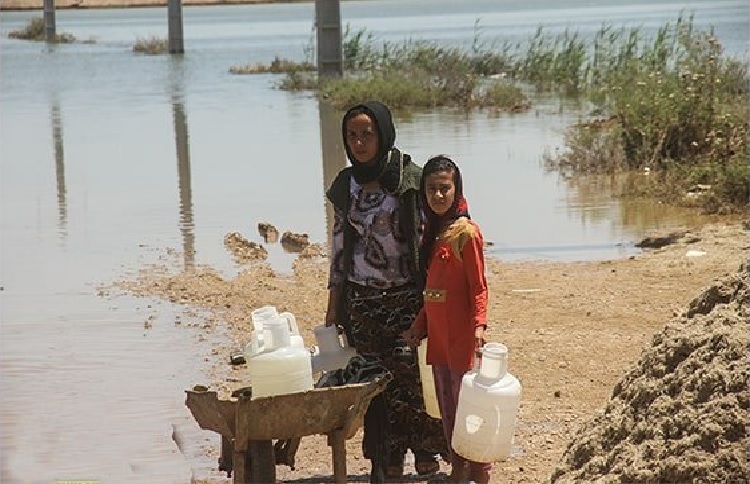 Seasonal rains across south and southwest Iran have because major floods, especially in Ahvaz, where state-run media are reporting that four women died in “Khomeini Hospital”.

The state-run IRNA news agency cited the hospital chief in an article about the recent rains causing power outages in the hospital and resulting in the deaths of four patients held in the intensive care unit, even though “energy power sources were available”.

The article said that it remained unclear why these people lost their lives, but this just reads as a desperate attempt by the authorities to disguise the mismanagement that led to this loss of life.

A different report by IRNA says that all four women were over 70 and had breathing disorders, which is another attempt to justify this tragedy. The Ahvaz governor even, disgustingly, said that doctors had “lost hope” in these patients.

It seems clear that the government officials are trying to hide the real reason behind these deaths, which displays the true nature of the ruling system.

Maryam Rajavi, the president-elect of the National Council of Resistance of Iran (NCRI), sent her condolences to the victims’ families and friends, as well as all others suffering from the recent floods.

She said: “My deepest sympathies go out to the people of Khuzestan, Fars, Bushehr, Mahshahr and other flood-hit regions, and to those who have lost their homes. My heartfelt condolences to the families of the victims.”

She then condemned the Iranian government for wasting Iran’s wealth on “terrorism, belligerence and anti-patriotic missile and nuclear programs”, which leaves the Iranian people “defenceless in the face of natural disasters”.

Rajavi said: “The only way to end this pain and suffering and the calamities inflicted on the people of Iran is the overthrow of the clerical regime in its entirety and establishment of democracy and popular sovereignty.”

Most recently, flash floods also took over Iran, especially Golestan and Mazandaran provinces, during the Iranian New Year in March 2019. Despite warnings by the weather organization, the authorities did nothing and, according to the artificially low government statistics, at least nine people died, 10,000 houses were caught in the floods, 70 roads were cut off, 23,000 people were trapped in the floods, and $315 million worth of damage was done to the agricultural sector.

Heavy rainfall is not the sole reason for the floods, which could have been easily managed. One of the main reasons is deforestation and the authorities looting of natural resources in northern Iran.

Al Jazeera: An Iranian pilot has been killed while fighting...

AP: Iran is rejecting allegations that it attempted to...