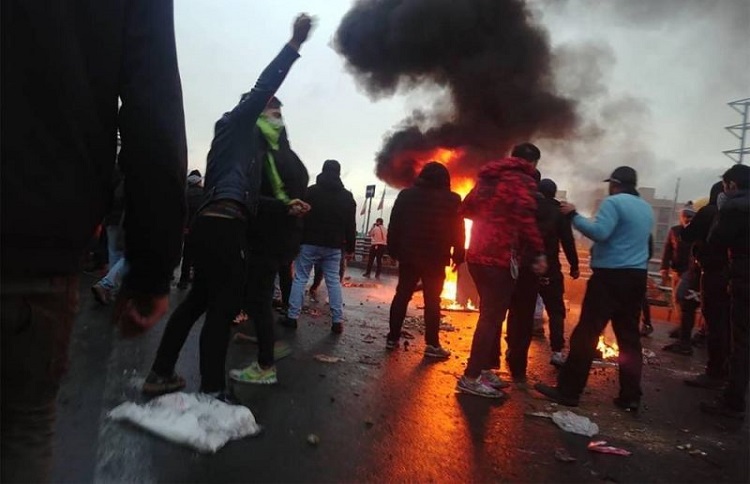 Iranian Supreme Leader Ali Khamenei expressed deep concern on Sunday about the massive protests across his country in response to a recent hike in gas prices.

He said: “On social media and other platforms [the Iranian opposition People’s Mojahedin Organization of Iran (PMOI/MEK)] are constantly encouraging people into these protests.”

He then made it clear that the decision to raise fuel prices threefold had his full support and that the Iranian people’s demands would not be listened to.

The protests, which have spread to 132 cities across Iran, have seen protesters targeting the whole of the system, from Khamenei to President Hassan Rouhani and the Revolutionary Guards (IRGC). Protesters have destroyed 101 governmental centers and suppressive security forces have killed more than 200 protesters according to the latest news.

Let’s look at just some of the protests from across the country.

In Fardis near Karaj, more than 2000 people protested in the main square, taking control of the area and torching many of the government’s offices.

In Robat Karim, locals took control and the brave youth clashed with the security forces, resulting in three protesters being injured. Afterward, locals sheltered the youth in their homes.

In Gorgan, angry protesters with no weapons clashed with security forces and forced them to retreat.

In Shiraz, various parts of the city are effectively under the people’s control. The people there chanted “Down with Khamenei!”, showcasing that their demands have moved from fuel prices to regime change.

In Eslamshahr, the people have taken control over various streets.

In Isfahan, protesters set fire to 15 of the banks and gas stations, and highways and educational centers closed.

In Eslamshahr, protesters torched a Revolutionary Guards (IRGC) Basij base, as well as two police vehicles.

In Karaj, protesters torched the judiciary and banks, attacked police trailers, and caused the suppressive forced to flee.

In Sanandaj, students held a gathering chanting, “Down with high prices!”

In response, the Iranian authorities shut down access to the internet, as confirmed by Netblock, prompting condemnation from the US government, including State Department spokeswoman Morgan Ortagus, Ambassador to Germany Richard Grenell, Senator Tom Cotton, and Secretary of State Mike Pompeo.

Pompeo tweeted: “As I said to the people of Iran almost a year and a half ago: The United States is with you.”