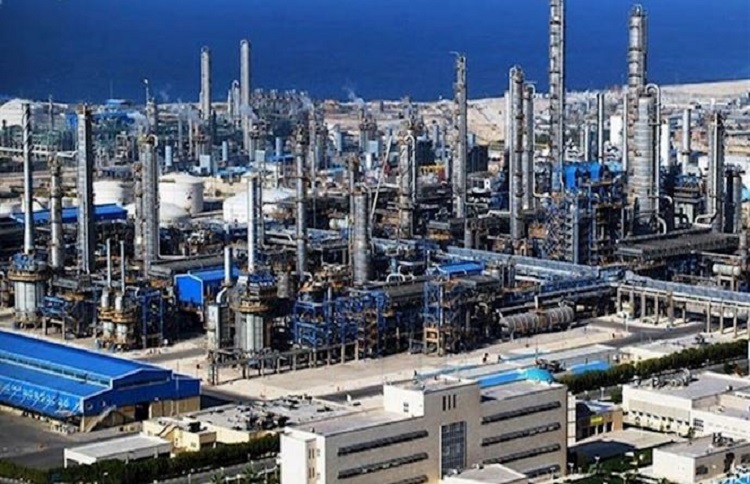 The greatest example of such a government is the Iranian regime. This regime has been built on a corrupted machine which now is on the road to collapse. In such a state, it is almost impossible to find a corrupted cell that acts alone and separate from others.

The corruption network in Iran is managed at the top

Economist Mehrdad Emadi says: “A German economic official today told me that many circles in Germany today have come to the conclusion that in Iran, the government is not managing the economy, but rather a network of corruption manages Iran’s economy and has the upper hand.”

In his view, “the comment of this German economic official reflects the virulent fact that the Iranian economy, in the field of corruption, has reached an irreversible point. This, promises us very dark days in the future.” (Radio France, 13 March 2019)

“Contrary to popular belief in Iran, it is not the government that rules the country. The possibly corrupt, and inefficient institutions within the government rule Iran,” the state-run Tabnak news-agency wrote in an article on 20 December 2017.

But, as German economic officials have said, governments in the Iranian regime are not part of an effort to fight the corrupted rulers. In fact, they are part of that administration and have a special role in its structure. For this very reason, when such governments are experiencing economic or political crises, despite all the possibilities available, they cannot save themselves from that vortex of crisis.

An obvious example of this crisis is the bad situation of Iran’s national ‘currency’. Although the actual amount of currency available to the government is secret, it is certainly at a dangerous point now, which is why the Rouhani government is trying to earn every dollar it can and prevent economic collapse. For this reason, Rouhani’s government has Injected more dollars into the foreign exchange market through non-oil exports and especially petrochemical industries.

Such a downturn comes primarily from the fragile economic structure of the country, which is based on oil sales and has now fallen sharply due to the sanctions. Thus, until sanctions are lifted, and oil taps reopened for export, the Rouhani government will try to keep the shaky economy functioning via clinging to whatever solution and lever it finds. One of these levers is to push ‘petrochemical’ companies to flow foreign exchange earnings on the domestic currency market and prevent it from collapsing.

On 29 May 2018, just days after the official announcement of the 4200 tomans per dollar currency rate, the first vice president of Iran, Eshagh Jahangiri, said during a meeting with the petrochemical industry trade union: “At present, we have a serious need to bring the currency of petrochemical products into the country’s economy.” The meeting also discussed the involvement of petrochemicals currency into the Nima system. (Montakhaban Melat, 2 October 2018)

Of course, Jahangiri was forced to accept the petrochemicals’ offer to sell petrochemical products at a rate of 3700 tomans per dollar because this was their prerequisite to offer their exported currency at a rate of 4200 tomans to the Nima system. (Radio France, 13 March 2019)

But those who managed these industries, especially the part managed by the IRGC, could not ignore the commissions generated by the multiplier of the currency, so none of these companies fully integrated their export currency into the Nima system.

After a month, these companies have introduced some of their export currency into the market and started a currency inflammation. In mid-August 2018, about a month after the first deputy chairman met with petrochemical managers, the exchange rate reached 10,000 tomans per U.S. dollar. The exchange rate of 4000 tomans per dollar had a staggering price increase, the report said.

“By the end of July, about $4.6 billion of all kinds of petrochemical products had been exported, while according to the head of the Economic Commission, only $2.1 billion had been injected into Nima’s petrochemical export currency.” (Montakhaban Melat, 2 October 2018)

“In recent years, the non-return of petrochemicals currency has become a controversial issue in the country. Despite repeated requests by the Central Bank, most of the petrochemical export currency is not returned to the Nima system.”

If the petrochemical industry exports amount is more than $12 billion in 2018, according to the US Treasury’s analysis, half of the exports are directly under the control of the IRGC and would be about $6 billion in revenue.

Of course, due to the sanctions, it is not possible to sell petrochemicals for the IRGC, but due to the variety of materials produced and the existence of dozens of front companies under different names, this is done in large numbers.

The IRGC, of course, refrains from importing this amount of money into Nima’s system, and by selling its largest share at free-market prices generates huge profits, so maintaining the same source of revenue for the IRGC is very important.

Witness reports indicate that the main reason for the brutal suppression of the Mahshahr people during the nationwide Iran protests last November, which also included military armored vehicles and helicopters, is related to the petrochemical facility located near the city and under the control of the IRGC. Fearing that the protesters might damage these facilities and harm the economic resources of the IRGC, the authorities hurriedly shot people from the ground and sky and killed dozens of them, which resulted in a humanitarian crisis.

Iran Focus London, 2 Sep - The President of the...