Iranian Fishers Are Other Victims of Raising the Fuel Price 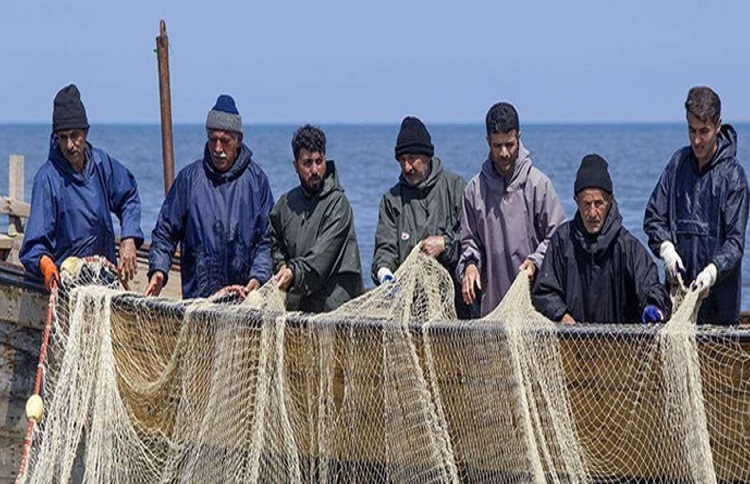 Since mid-November, the fuel price hikes have had severe impacts on various segments of Iran’s population. The government initially announced that it pursues to aid low-income and poor people.

However, the rationing and rising gas prices by 200 percent left the most negative effects on deprived citizens. Despite officials’ promises to offer fuel ration for fishers, this toiler stratum did not receive any quota. This issue put this industry on the brink of a shutdown.

After raising the gasoline prices, Iranian fishers in coastal cities demanded the government to assign gasoline quota for fishing boats. At the time, authorities were compelled to give promises to outraged people to ease public anger. However, after little more than a month, it revealed that those promises weren’t more than hollow claims and nonsense. Therefore, fishers should purchase 3,000-toman gasoline.

On the other hand, officials, government organizations, and the parliament herald these deprived people of 400-liter gasoline quota. However, the fishers have so far received no gasoline ration. This fact made the continuation of this industry impossible and endangers to shut it down in this status quo.

“Until now, no statement issued about assigning fuel quota to fishers,” said Parviz Mohebbi, the chief of the department of fishing and fishing ports of Iran Fisheries Organization, on December 20. Notably, fishing is the sole source of subsistence for at least 150,000 people in the country and they will be deprived of their business if they don’t receive their gasoline ration.

Official statistics acknowledge that there are 8,000 fishing boats that run with gasoline and each fishing boat needs 1,200 liters of gasoline per month, which the government is supposed to provide. In reality, the real figure of fuel consumption of fishing boats is much higher, and officials don’t even provide this necessary gasoline for fishers.

“There are around twice as many illegal boats in as there are legal boats,” the chief of Khuzestan Fisheries Union Gholamreza Dehghani said in an interview with ILNA News Agency on December 25. According to Dehghani’s statement, in Khuzestan province alone, there are 16,000 fishing boats, which are considered illegal by the government. Owners of these boats are absolutely deprived of the promised fuel ration.

“No fisher received even one liter of gasoline ration in any province so far… Based on raising the gasoline price, many fishers cannot go to sea; because there is no profit [in the fishing industry] with 3,000-toman gasoline. For more than a month, fishers remain unemployed and some of them are in serious need.

Some of them are speaking about looking for another job. Even there are some [disappointed] fishers who said that they think to find a carrier for garbage collecting,” ILNA quoted Dehghani as saying in the same report.

2015 statistics show that at the time, in seven coastal provinces, 141,136 people were managing their lives through the fishing industry. After four years, the most cautionary stat is around 150,000 people who make ends meet by fishing.

“There is no quota for fishermen while rising gas prices lead to a dramatic increase in fishing costs and consequently the price of fish [in markets],” the chief of the Sistan-and-Baluchistan Fisheries Union Soleiman Araeish said to ILNA News Agency on November 16.

The fishing industry in northern provinces isn’t safe from the consequences of the fuel price rise. It is worth reminding that at least 4,200 people are fishing in the northern regions of the country. However, they didn’t receive a gas quota. Significantly, the bankruptcy of the fishing industry won’t be limited to this sector alone and will extend to other areas.

Despite all these facts, none of the officials assume responsibility for current disasters that affected the lives of hundreds of thousands in Iran. Factually, everyone tries to evade accountability and blame rivals. However, people are the only victims of the government’s miserable policies.

Reuters: Iran and the United States will hold a...